Spinlock was pleased to attend the Clipper 2019-20 Race crew allocation at the Guildhall in Portsmouth on Saturday 11 May. For the first time, the crew were able to try on the lifejackets they will be wearing around the world, and seek advice from Spinlock’s Product Manager Myles Uren, and Marketing and Sales Manager, James Hall. Spinlock was proud to meet the 2019-20 crew members and learn about their experiences and expectations. There was a continuous flow of crew keen to try the VITO lifejacket on and all the crew were very enthusiastic about it. Mia Hillier, soon to embark on her level 4 training with Skipper David Immelman commented, “The lifejacket is a lot comfier than others I’ve worn. It’s easy to adjust, slimmer and less restrictive giving me more space to move.”

Sandra Marichal travelled to Portsmouth from Singapore and will be taking part in the entire race around the world as part of ‘Team Ian’. Sandra said, “The Spinlock lifejacket is very, very nice and the buckle design is just paradise!” She continued that the lifejacket “is the best design and makes me look like a proper sailor!” Excited to be following in his father’s footsteps, Beau Bidwell, from Hertfordshire, will be taking part in one leg around Australia onboard the UNICEF Clipper forming part of ‘Team Ian’. Beau commented that the Spinlock lifejacket is “so much easier to use” than others he has tried. He continued that “the fasteners are a massive improvement and being able to throw it on with just one adjustment is really good.” Marie O’Rieley found out that she will be forming part of ‘Team Guy’ and is excited to join for leg 8 of the race. She commented that she has “lots of room for movement in the lifejacket and that it is so easy to adjust.”

Heather Broadbent will be traveling with her mascot companion and sailing and fundraising companion ‘It’s NOT FLAT Eric’. Together Heather and Eric are going to travel 40,000 miles across oceans, keeping each other company. She said they will have three main objectives, “One, have a great time, make new friends and have the adventure of a lifetime. Two, raise money and awareness for East Cheshire Hospice and three prove to the bonkers ‘Flat Earthers’ that the world is in fact NOT FLAT and it is a globe. We will prove this by sailing around it and seeing it with our very own eyes, admittedly Eric’s eyes are synthetic but he trusts me so he will be relying on my word for it.” Upon trying on her lifejacket she commented that “It’s amazing, it doesn’t pull on my neck and it’s so easy to fix!” Before taking on this challenge Heather had never sailed before and she is very excited for her adventure.  James Hall, Spinlock’s Marketing and Sales Manager said, “We are proud to be the official lifejacket supplier to the Clipper Race. It was really good to attend the Clipper 2019-20 Race crew allocation event and meet some of the crew, giving them first hand advice on the lifejacket and hearing their thoughts, which was hugely insightful. We wish them all the best of luck on their venture starting on the 1 September!” 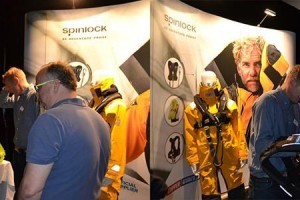 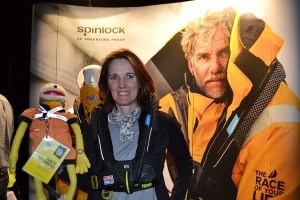 HP Watermakers will revolutionize the way of drinking water at CYF

Spinlock enhances safety at sea with the introduction of GlowSpot