The 2018 Star Europeans Championship officially started wednesday evening with the Opening Ceremony at Flensburger Segel-Club, but yesterday was the first battle on the water.

Conditions on the first day of sailing were just right, with wind ranging between 8 and 12 knots, only a little shiftier than expected. With an unusual sun and clouds mix for this summer day, the 71 boats started together on one big start line. The unsettled wind direction made it difficult to decide the favorite side, and there were lots of positions’ changes in both races.

At the end of the first day former World Champions Augie Diaz (USA) and Bruno Prada (BRA) are the provisional leaders, followed by Lars Grael and Samuel Gonçalves (BRA) and third is the German team skippered by Ulrich Vater with crew Karsten Morf. Roberto Benamati from Italy is fourth and Irish Olympic Star sailor Peter O'Leary with Philipp Rotermund - who grew up in Flensburg - are fifth.

From today to Sunday the 142 sailors will sail five more races under the strict command of  Flensburger Segel-Club PRO, Claus Otto Hansen, who, alongside his Race Committee, decided that tomorrow’s first start will be at 14,30 local time (GMT+1), as some really strong winds are expected to hit the bay in the morning. 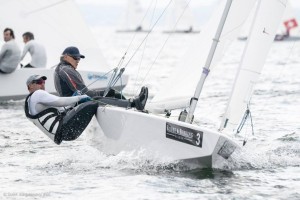 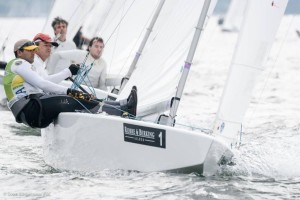 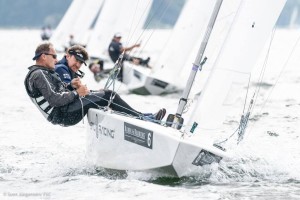 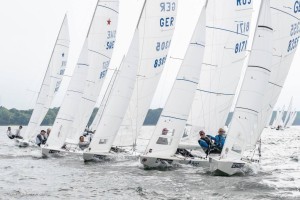 Stipanovic and Bilic are the 2022 Star European Champions

Heroic day in Copenhagen at the 2022 Star Europeans