OXFORD, MD - Over one hundred Star sailors from eleven countries across the world have gathered at the Tred Avon Yacht Club this week to compete in the 2018 Star World Championship. Known for its tricky current and shifty wind conditions, this venue promises to deliver a hard fought championship regatta where the most consistent team will reign supreme. With several Olympians, over ten former World Champions, and many of the 2018 Silver Star Champions present, the fleet this year measures up to the tradition of having an unprecedented depth of talent on the water racing at the Star World Championship.

Teams flocked to the venue earlier this week to begin preparations including registration, measurement, and on the water training. The primary variable of concern this week is the world renowned current out on the Choptank River and for many, the practice days leading up to the event are their first taste of the challenges that lie ahead. Reigning World Champion Eivind Melleby (NOR), present with crew Josh Revkin (USA) to defend their World Championship title, explains “We like shifty difficult conditions so we’re looking forward to this event.” Melleby chuckled, “We’re going to have fun. As long as we can get the current right.”

The Tred Avon Yacht Club hosted the 2014 Star North Americans where many of these sailors experienced the dynamic current and unstable breeze for the first time. None of the top five overall teams in the fleet were able to pull off a race win, in fact the average finishing place per race for the 2014 Champion was 8th. Former World Champion Augie Diaz (USA) has limited experience with the venue but is expecting a tough regatta. “The race course is really challenging. Regardless of where the wind is coming from we’re going to be really pressed to not just go fast but position ourselves properly,” said Diaz. “I think that with the level of competition that we have here and depth consistency is going to be key and I think it’s going to be really hard to be consistent. The wind is shifting and the current is running but not consistent across the course so you have to read and react.”

A practice race will be held tomorrow, October, 7, 2018, where the competitors will hit the water together for the first time this regatta. Opening Ceremonies will follow in the evening with a parade of flags and blessings from Star Class dignitaries declaring the official beginning to the Championship. Racing will be held Monday October 8th through Saturday October 13th with one race scheduled each day at 1200 UTC -4 and is accompanied by an exceptional social schedule that showcases local culture. With the support of the Maryland Sports Commission, official partner of the 2018 Star World Championship, competitors will experience a crab feast, local soups and beverages after racing, dinner at the Chesapeake Maritime Museum, and even some locally crafted trophies for lucky winners. “I was trying to read up on the crab situation this morning so now I know the different crabs in the area,” said Melleby. “We do a lot of crab fishing back home in Norway, so I’m used to crab but the blue crab I was reading on how to open it to eat it. I am looking forward to that dinner later this week.”

The Chesapeake Bay area has played host to over fifteen International Star Class Championship events in the 95 year history of the Class, three of which have been hosted by the Eastern Shore’s own Tred Avon Yacht Club. The 2018 Star World Championship will be the first World Championship the club has hosted.

Media
The 2018 Star World Championship features a comprehensive media plan that includes social media coverage on Facebook, Instagram, and Twitter. Daily highlight videos and photo albums will be distributed at the end of racing with each day’s press release as well as published on social media. Additionally, live tracking from the race course by TracTac will be broadcast online each day. 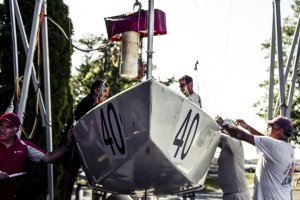 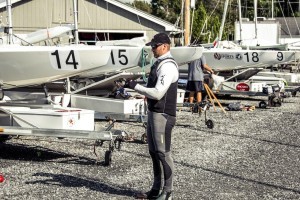 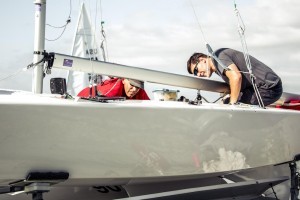