A very windy awaking for the 62 team fleet of the 2018 Star World Championship in Oxford, MD, this morning. The remnants of Hurricane Michael passed over the area overnight and left behind a breeze between 18 to 20 knots. Though the wind was slowly decreasing to about 15 knots, gusts were still up to 20 with the sea state a short, steep chop with big sets rolling through was not considered safe for the majority of the fleet by the Race Committee. So PRO Bill Stump sent everyone home and racing will resume tomorrow, Saturday October 13th at 11.00 with the two last races of the series scheduled.

The Star Class is one of the oldest organization in sport history, the second oldest in sailing, and treasures its traditions. One of these is to award trophies to the winners of each race and to the provisional leaders. Normally the prizes are handed out daily, but the postponement of the first two days and the catch up that followed couldn’t allow it and they were all given last night at the Crab Feast, organized at Campell’s Boatyard to let the sailors have a proper traditional Maryland meal.

The trophies awarded are:

Paul Cayard, as Star Class Vice President for the Western Hemisphere, took the chance to remind the sailors of the long history of the Class and its perpetual trophies that hold the names of past Star sailors and sailing legends.

“I first raced in the Star World Championship exactly 40 years ago this year back in 1978 in San Francisco as a crew and finished fourth place overall. For those first ten years that I sailed in the Star Worlds we always had all of the perpetual trophies at the Championship. At that point not all of the races had perpetual trophies named after some legendary Star sailors yet, like the Heinz Nixdorf Memorial trophy for Race 5 which is rather new. There is a reason our perpetual trophies are named after people from the Class like Adler, Smart, Nye, Vanderveer and the Mary Etchells trophy. They are a part of our heritage and we are very lucky to have it. It is an honor to sail in the Star Class because of its 100 year old history. We are a part of the present and the older generations know about our history. But it is important that we show the younger sailors in our class how significant this is and educate them on the history that is so rich of our Class. If we don't do it they wont understand what they are a part of. This is why I worked so hard with Star Class Commodore John Chiarella to make sure all of these perpetual trophies that reflect our Class and World Championship history are here for the 2018 Star World Championship.”

Today is the last day of the Championship, before the two spare days of Sunday and Monday, and the two last races of the series are scheduled, with the first warming signal set at 11.00. In the evening there will the Prize Giving Ceremony hosted at the Tred Avon Yacht Club.

Top ten teams in the provisional ranking after four races: 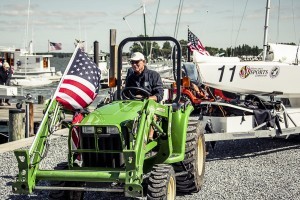 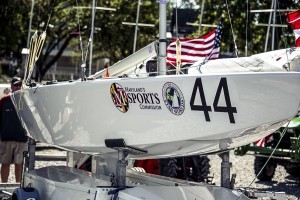