Robert Scheidt and Arthur Lopes (BRA) are the 2018 South American champions of the Star class. The two-time Olympic champion won the first race on Sunday, last day of the event, at the Yacht Club in Rio de Janeiro, and finished second in the last, giving him the Championship. However, the duo Lars Grael / Samuel Gonçalves (BRA) obtained the same results on the last day of the competition, but reversed, and finished at equal points. The title was decided only on the third tiebreaker. They were equal in number of victories (two) and second places (one). The third position obtained on Saturday gave the cup to Scheidt / Lopes. It was quite thrilling!!

"It was a good Sunday in Rio de Janeiro, with strong wind and sunshine. Honestly, it feels so special for me to win this title. We started the last day far from the first place and I was pushing for a spot on the podium, more that the actual win. But it was a good day. I am happy and surprised on how we managed the last races. And it was also the first major win with Arthur 'Tutu' Lopes. We won the Paulista Championship together, but winning at the South Americans is important for us”, said the five-time Brazilian Olympic medalist, sponsored by Banco do Brasil and Rolex and supported by COB and CBVela.

Scheidt and Lopes won the Star class Brazilian title in April at the Yacht Club Santo Amaro in São Paulo. The Rio waters bring good memories to Robert. A year ago, he won the Royal Thames Cup, a competition played at the Yacht Club in Rio de Janeiro. At the time, his crew was Henry Boenning.

The weather did not help sailors in Rio de Janeiro in the early days of the South Americans. On the first day, Thursday the 8th of November, the races were canceled due to lack of wind. On Friday, although the weather remained difficult, there were three races. Scheidt and Lopes were improving performance throughout the day. They started with a ninth place, climbed to seventh in the next race and finished crossing the finish line in the lead in the last race. On Saturday, they kept in average with a third place and on Sunday they had their best performance with one victory and a second spot in the final.

Brazil dominated the South American Championship of Rio de Janeiro, which also had competitors from Europe. Among the 20 participating boats, 16 were Brazilians, two were Argentine, one Italian and one Dutch. On the podium with Robert Scheidt and Arthur Lopes, and runners up Lars Grael and Samuel Gonçalves, there was Star Class World Champion Jorginho Zarif with Ubiratan Matos. Overall, the top eight were Brazilians. 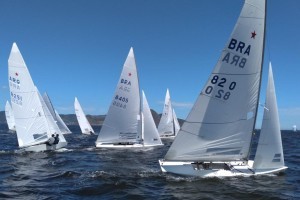 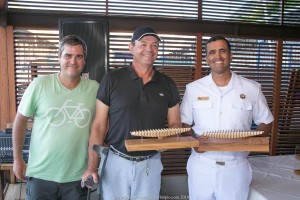 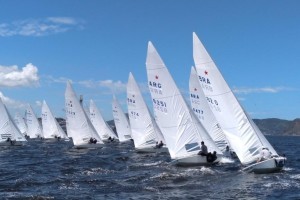 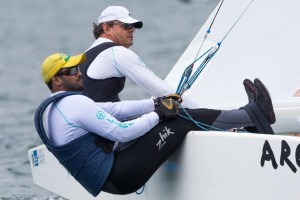 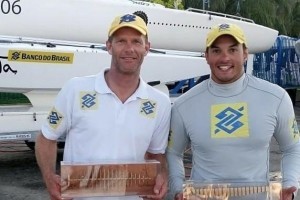 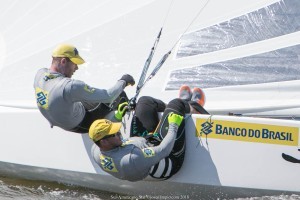