Registration to the first ever Star Junior World Championship is now open on the official Star Class website. The Junior World Championship will be organized by the International Star Class Yacht Racing Association and will take place in Miami, at the Coral Reef Yacht Club, from February 3rd to the 6th 2019. It is open to any skipper who hasn’t reached his or her 31st birthday before the first race of the event. The skipper will be able to find a crew without age limitations, in order to being able to match some less experienced skippers, even coming from a non-Star background, to a more skilled crew capable of introducing the younger sailors to Star racing.

The event will start on February the 3rd with team registration, weigh in, and inspection of boats. Following on Monday, February the 4th, to Wednesday the 5th two races per day are scheduled on Biscayne Bay.

Registration opened on November the 19th and several teams have already entered: the runner ups at the 2018 Eastern Hemisphere Championship in Trieste, Thomas Allart (NED) and Kilian Weise (GER), Danny Cayard (USA) who might sail with his father Paul Cayard as crew just like they did at the Star Worlds in Denmark in 2017, the Argentinian born Thomas Hornos (USA), and local sailor Zachary Hansman (USA).

The Star World Champion, Jorge Zarif, is trying to fit the event in his busy Olympic calendar and so are the Scottish - Italian born - Laser Olympic sailor Lorenzo Brando Chiavarino, and Argentinian Finn sailor Facundo Olezza.

Eligible boats must enter by completing the on-line application by January 10, 2019, at https://2019jrworlds.starchampionships.org , after this deadline it will still be possible to enter the first Star Junior World Championship but with a late fee. 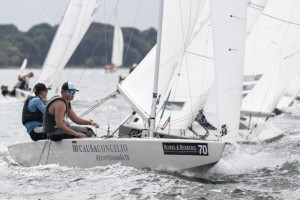 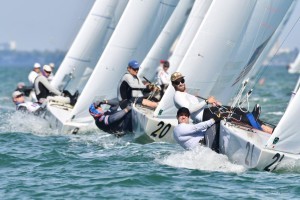 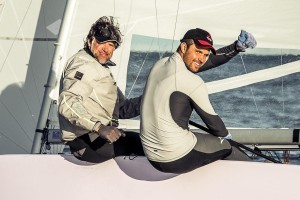