In keeping with celebrating 75 years, the goal is to attract more than 750 yachts, more than 7,500 participants and more than 75,000 social media hits using the hashtag SA Sailing75th.

Already, the inter-university regatta held at Midmar Dam in KwaZulu-Natal, took place from 6-9 December, and a dinghy regatta hosted on 11 December by Zeekoe Vlei Yacht Club – a premier dinghy club on the Cape Peninsula which was celebrating its 90th anniversary.

Robinson says, “Every club has been given free rein to spread its wings as wide as it wants. This whole event is open to everyone; you don’t have to be a member of a Yacht Club to take part – just be a part of the sailing community. We want to develop a community of likeminded people, whether a racer or a cruiser, young or old, experienced or a novice.”

The official prelude to the nationwide programme took place on 14 December at Royal Cape Yacht Club with a night race featuring more than 75 yachts and over 300 participants. 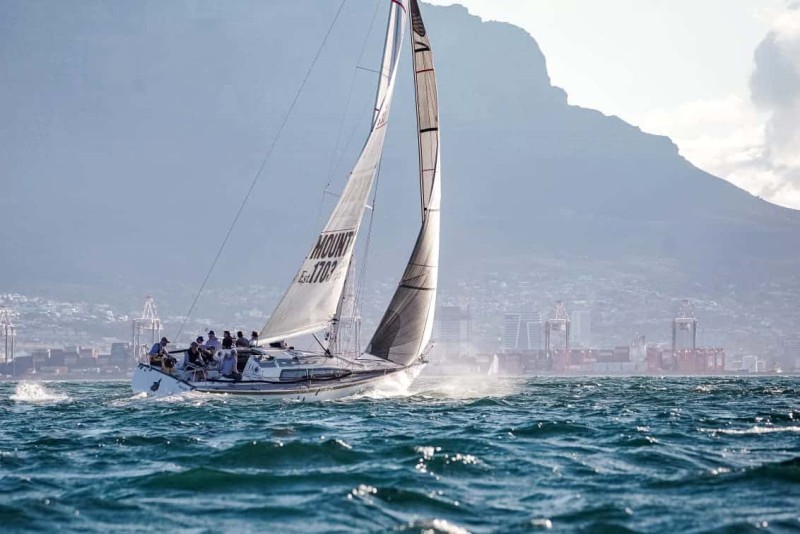 Michael Robinson added, “Sailing has the potential to change completely communities as people learn the life lessons and build character. That will start impacting the communities they live in and make a huge positive change.”

“You can sail from the age of 6 and 7 to 80, and beyond, as a family, as an individual, and the beauty of it is that every time you go sailing you learn something new. That can mean being brave on the water for the first time or handing over the helm to somebody when you get tired and the going gets tough. It is the most fabulous development tool that you can imagine.”

Alinghi, dancing between flight and splash down

The passing of King Constantine II of Greece