Andrea Fantini has a dream: the Vendèe Globe

Andrea Fantini has a dream, turned into a human and sport challenge: the Vendèe Globe, the most extreme sailing race on the planet. For the last 10 years Andrea has been sailing all over the world aboard prestigious boats as Class40 and VOR70 (skippered by Giovanni Soldini), willing to dedicate himself to single-handed ocean regattas. Nevertheless, being a pro skipper is not enough for succeeding. His project requires putting together a team, finding economic resources, meeting the right partners.
In his 2017-2018 schedule there are two main sailing races, both aboard Class40. The first (double-handed) was Transat Jacques Vabre and it took place in November 2017 from Le Havre to Salvador de Bahia. Andrea and the co-skipper Alberto Bona were forced to abandon the race due to the impact with an UFO (unidentified floating object). The latter is the prestigious Route du Rhum 2018 (single-handed, Saint-Malo - Guadalupa).

Born in 1982 in Ferrara, on the Adriatic Sea, Andrea Fantini begins sailing as a kid with the small family boat. The first Atlantic crossing arrives soon: the 2006 ARC. Since that, he has been sailing across different oceans, between speed records and ocean races, aboard prestigious boats as Class40 and VOR70 (skippered by Giovanni Soldini).
Now Andrea is focusing all his efforts on my his sailing project: competing in the most important ocean races in the world, starting from Transat Jacques Vabre 2017 and Route du Rhum 2018. His dream is Vendée Globe: the complete circumnavigation of the globe, single-handed, without stop and assistance. 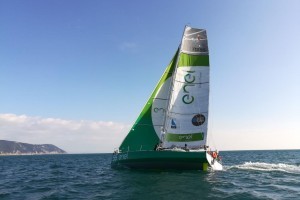 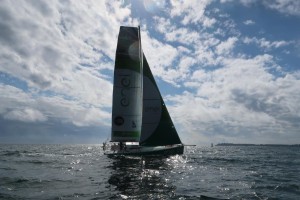