The Italian round of the World Cup Series was presented to the press today in the prestigious surrounds of the boardroom of CONI, the Italian National Olympic Committee. The event was also attended by CONI President Giovanni Malagò. This is the first time since its launch that the World Cup Series has come to Italy and a round will be held in Genoa in both April 2019 and April 2020.

World Sailing selected Genoa from a large field of candidates as it is not simply the only city to lend its name to a sail (the Genoa) but also has a long history and offers a string of innovative services. The entire Fiera di Genova trade fair complex, which plays host to the annual International Genoa Boat Show, will serve as the operational headquarters and will be converted to an enormous one-of-a-kind Sailing Centre for the occasion. There will be five race courses along the Genoa seafront, spanning the area between the Port of Genoa and the Genova Quarto quarter. The public will have views of the entire racing area from the promenade running along the seafront and is a traditional gathering place for the Genoese. The modern blue Jean Nouvel-designed pavilion will not only offer covered shelter to the Laser, Laser Radial and RS:X but will also play host to the registration, committees’, jury and administration offices as well as a medical centre and World Sailing representatives’ and technical delegates’ base in the panoramic rooms on the mezzanine level. Last but very far from least there will be a huge press room directly overlooking the port with brilliant views of the boats as they go out and return as well as an ultrafast internet connection to meet the demanding communications requirements of today.

This is a fantastic result for Italian sailing, marking its return to centre stage in the world of competitive sailing. The Italian Sailing Federation (FIV), Yacht Club Italiano, the City of Genoa and BPSE worked hard to garner the Italian round and presented the bid as a group. It is sure to be one of the most appealing events to the sailors themselves, especially in view of the Tokyo Olympics in 2020. The Italian round replaces historic Hyères and slots into the series between the Trofeo Princesa Sofia at Palma on the island of Mallorca, which always opens the Mediterranean season, and the World Cup finals at Marseille, making the transfers easier for athletes to Europe and allowing them to take part in all three events.

“We are announcing some good news here today in the Committee Boardroom where some of the most important decisions in Italian sporting history have been taken, a fact that illustrates the importance sailing holds for CONI. Teamwork won in this case – we all did our bit and I hope that the event will continue beyond these two years even though I know they are the most important ones for the Olympic classes.”

“It is an honour to be here to announce this news. It has been our dream to bring a round of the World Cup Series to Italy for a long time and it has finally come true. Being able to make this announcement in the home of Italian sport is indicative too, however, the event will have to involve not just the sailing world but the sports world as a whole. We have succeeded in what we set out to do but the technical and organisational road that will take us to April 2019 starts now.”

“We put ourselves out there. With FIV and the City of Genoa, aided and abetted by a mayor who is also a sailor, we worked as a team and we are incredibly determined to benefit both sport and the city of Genoa both during and beyond the race week. It will take collaboration between all the parties involved and the local institutions as there is no guarantee of success with them. And the Italian Navy and its important support had to be part of the group too.”

“This will be a great opportunity to highlight our sport beyond the fantastic showcase of the Olympics. The events in the two years leading up to the Tokyo Games will be of fundamental importance and all the top athletes will be coming to Genoa to compete. The CICO two months back was a very positive test event that proved the huge possibilities offered by the location, both ashore in the Genoa Boat Show pavilions and on the water.” 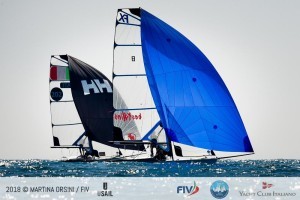 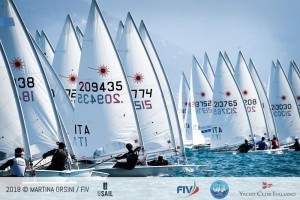