The XCAT Stresa Grand Prix is getting ready: on July 6-8

The UIM XCAT World Championship, the most spectacular offshore powerboating discipline directly promoted by the world federation UIM, is getting closer and closer to the Stresa, Italy event, which will take place on Lake Maggiore on July 6 to 8.

Fifteen carbon fiber catamarans will race in the water, pushed by two low-emission engines delivering 400 hp each. The boats will exceed 200 km/h (125 mph) with the maximum safety.

The fifteen teams competing will be the Swedes of Swecat, then Team Abu Dhabi (with two boats) and Dubai Police from UAE (the latter is the leading team in the championship), the Russians from New Star, Australians of Team Australia, 222Offshore and Maritimo, Raheeb from Kuwait, Fujairah Team, Videx and Lady Spain of Italy and the French of Gasbeton.

The thrilling races will take place on Lake Maggiore, right by the beautiful Isole Borromee: not just an iconic location, but also an historical one as the very first powerboating race in the world was held here, in front of Stresa, in 1903.

The weekend will be busy with events, with pole position on Friday 6 and two races on Saturday 7 and Sunday 8. Beside the XCAT boats, many other competitions will take place, also thanks to the cooperation with the Italian Powerboating Federation FIM. Among these, the challenges of Formula Junior for young boaters, and the fascinating races of Historic Boats.

The Stresa leg is the second appointment in the 2018 World Championship calendar, which already touched the United Arab Emirates and – after Italy – will go for a long trip to China with no less than four legs scheduled.

The UIM XCAT World Championship raced already on Lake Maggiore in 2013 and 2014, when an enthusiastic presence from the public filled the shores of the Lake to attend some of the most thrilling races ever: everything suggests that the comeback to this location will be an unmissable event for all the sport and action enthusiasts in the world. 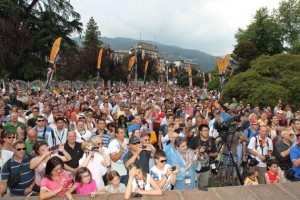 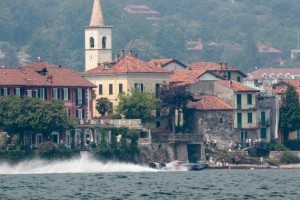 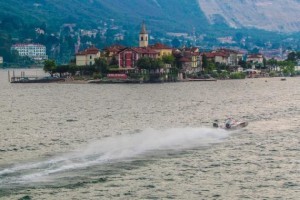