A precious two-point lead at the top of the table, backed up by a winning habit and extra training, has boosted confidence levels ahead of Team Oman Air’s final push for the 2016 Extreme Sailing Series title.

Their year-long campaign for the championship which has featured three Act wins in Oman, Cardiff and Hamburg plus podium places in three of the four other events, culminates in Sydney this week with Morgan Larson’s crew knowing they need to fend off the challenge from rivals Alinghi to win the event and be crowned 2016 champions.

It will be a massive challenge but Oman Air is a team of winners, said Larson, who along with crewmembers Pete Greenhalgh, Nasser Al Mashari and Ed Smyth is a previous Extreme Sailing Series champion with youngest member James Wierzbowski hungry to share their success.

“This group is not happy with second and we will be fighting all the way to the end,” Larson said.

“It’s been a great season and we are feeling good. We’ve been challenged by Alinghi in recent events and that put pressure on us though now the pressure feels like it is off and we are the underdogs. At the end of the day, this is a sail boat race and we know we have what it takes to win a sail boat race.”

With the gap at the top of the table closing to two points, the team added two extra training days to their preparations for Sydney and took time out to study the tactics and techniques used by Alinghi to make such big gains in recent Acts.

“We have studied Alinghi and learned a lot and we have also been doing some proper training which we haven’t really done before as a group,” said Larson.

“We got some extra help on the coaching side and that has made a difference. Alinghi have been sailing to their potential and above which is why the results have tightened up.

“We still feel we are getting better and we are hoping that in Sydney we will reach our full potential and have our best event so far.”

As the final event of the year, Sydney has been made a double points showdown which means Oman Air will also be looking out for Red Bull lying six points behind and in contention for honours. This means performing at consistently high levels, said Greenhalgh, from the first race to the last.

“There is no option but to play our A game from the outset," said Oman Air’s powerhouse mainsail trimmer and tactician.

“We have to eliminate any weak areas and especially work on our starts. The biggest thing for us is getting the boat set up nicely and getting some good consistent starts. If we can do that, the rest should be fine. Sydney is a great venue so the racing should be fantastic.”

For Omani bowman Nasser Al Mashari, who like Greenhalgh was a member of the three-time champion team The Wave, Muscat, the key to winning in Sydney is faith and teamwork.

“We are getting more confident but we know we can’t be conservative and have to lay it on the line,” he said.

“We won here in Sydney on the Extreme 40s last year and although we are racing in a different part of the harbour, we are really looking forward to competing here again. We just need to find our rhythm and we will do it.”

Extreme Sailing Series Act 8 starts on Thursday 8 December, with a mix of Stadium Racing and open water racing and concludes on Sunday 11 December.

Online coverage will start on Thursday with Twitter updates and real-time 3D visualisations, live leader boards and vital statistics such as average and top speeds, distance sailed and the number of manoeuvres performed. 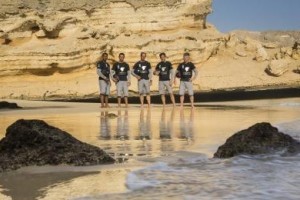 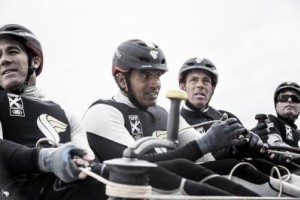 America's Cup Hall of Fame to induct three personalities in 2017