Warrior smashed their own race record set last year by over 24 hours, much to the delight of Stephen Murray who was greeted at the finish line by Antigua Bermuda Race Chair, Les Crane.

"It's great to be here. That was a quick ride, thrilling and exciting," smiled Murray. "We did half of the race in the first 24 hours. After that it got a little slower and more challenging as we got close to the high. This is a my favourite race course; predominately downwind in good pressure, it's warm and really nice sailing and this race is on our list for as long as we can do it. We have good competitors this year so we had our work cut out to win on corrected time."
Warrior Crew (All USA unless stated): Stephen Murray Jr., Ryan Breymaier, Nathan Fast, Jesse Fielding, Karl Funk, Ben Lynch (IRL), Jan Majer, TJ Roney, Paul Stanbridge (GBR), Scott Tomkins, Chris Welch.

Jens Kellinghusen's German Ker 56 Varuna finished the race just under four hours behind Warrior on the water. After IRC time correction Varuna has set the time to beat and the impressive performance has made Varuna strong favourites to win overall under IRC and lift the Warrior Perpetual Trophy.

"A very enjoyable race with fast conditions for the most part, with the wind shutting down just as we were about to finish the race," said Jens Kellinghusen. "I remember a Transatlantic Race when we were leading and then ran out of wind as all of the boats passed us, so it was nice to have the opposite this time. At the start of the race we discussed how important it was to sail as fast as possible while we had good wind so as to reduce the impact of the light winds forecast for the finish. This was a good policy as the wind was literally non-existent as we finished." 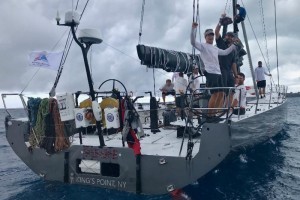 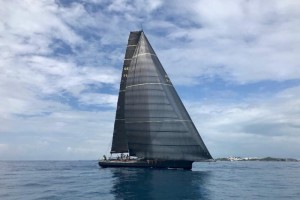 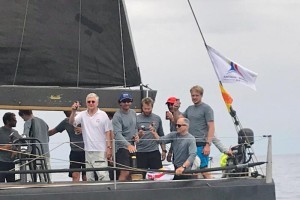 Southern Wind announces the departure from life of Willy Persico