The Bol d’Or Mirabaud on exhibit: images along the Geneva's quays

Geneva (SUI), May 30, 2018 - The Bol d’Or Mirabaud inaugurated its “Bol d'Or: 80 Years of History in Images” exhibit this morning, set up along Geneva’s quays. Starting today, and running through June 17, posters from the special 80th edition comic book as well as annotated period photos can be seen at the Mont Blanc Rotunda on the right bank, and along Général-Guisan quay and the Molard riverbank on the left bank.

This unveiling starts the festivities of the Lake Léman regatta, organized by the Société Nautique de Genève June 8 to 10. More than 500 boats are expected to take the start Saturday, June 9 at 10:00. 460 are already registered.

#BOM18: What’s at stake and who are the favorites

- Scratch ranking – Nine Décision 35s will fight for the title, starting with incumbent Alinighi. Ladycat Powered by Spindrift Racing, which has been significantly modified, has one last chance at winning this precious trophy for keeps following her 2014 and 2016 victories. The young crew aboard Okalys Youth Sailing should be watched closely as Loïck Peyron will be joining them for the regatta. If there is, all eyes will be on the GC32 hydrofoil catamaran fleet, such as Realteam.
- Bol de Vermeil - The fight between Hungarian Libera Raffica and the Psaros 33s and 40s promises once again to be an exciting one. This is especially true with the recent launch of a new Psaros 33, increasing the competition for the Hungarian team, a faithful regatta contender. In this category, the new Gonet Monofoil, an experimental prototype led by the talented Eric Monnin, could steal the show. Winner of the Bol de Vermeil in 2014 and 2017, Jean Psarofaghis' Psaros 40 is in a position to win the precious trophy for keeps, awarded to the crew that wins it three times in five years.
- Surprise – The most numerous class of the regatta reached a new record last year with 123 boats. Will the incumbent title holder, Mirabaud 1, go for two?
- M2 – The speed record for this class was beat last year by TeamWork in 6:11:23. Depending on conditions, the Ventilo M2s could possibly be beaten by the “pilots” of the new Easy to Fly.
- ACVL-SRS Challenge - J/70 cde.ch won this class in handicapped time last year. Calculated according to the rating of each boat, various classes can win this challenge: J/70, Melges 24, Surprise, Luthi F10, Esse 850…

- This year, the BOM is publishing a comic book that covers the regatta’s history. Certain frames will be exhibited in posters along the Geneva quays and the comic book will go on sale June 9. More information here.
- The Lake Léman vessel Neptune will be tied up to the SNG honor dock. Concerts, ceremonies and prize awards will take place on this mythical Léman sailboat.
- The Société Nautique de Genève port expansion construction will bring numerous changes especially with regards to the finish line and the port entrance. For more information, click here.
- The event is proud to be associated with the Montreux Jazz Festival. Artistic partner of the regatta, the festival will present musical group The Two in concert Friday and a DJ Saturday evening at the SNG.
- Finally, the essence of this mythical regatta is intact for its 80th birthday: supported for the fourteenth consecutive year by Mirabaud Bank, the Bol d’Or Mirabaud is also once again proud to include its partner, Hublot, and its charity partner, the ICRC. And the racecourse remains the same!

SATURDAY, JUNE 9
10:00 Start of the Bol d’Or Mirabaud
Starting 10:00 Satellite tracking of the whole race on www.boldormirabaud.ch, with LIVE tracking of live and delayed race images on www.boldormirabaud.ch and on video screens around the clubhouse.
Starting 20:00 The "Night of the Bol" party presented by the Montreux Jazz Festival with DJ Fred Bernard 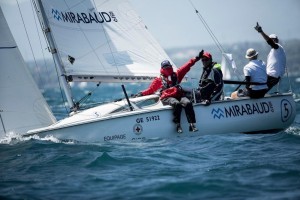 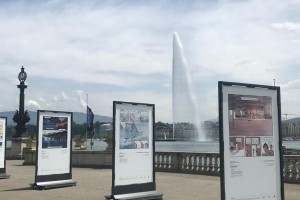 The Sailing Squad Part 3: No pain, no gain, with Francesca Bergamo