A wind of change is blowing through the Bol d'Or Mirabaud

A new organizing committee president, a new event coordinator, a new port that is now operational and the club's 150th anniversary: this should add up to a memorable edition. The SNG will be abuzz this season with no less than three major events: the Bol d'Or Mirabaud, the 150th anniversary of the club and the 8mJI World Championships.

The SNG is preparing for an intense summer, with three major events between June and July. The BOM will open the festivities according to the wishes of its new president: "The Bol d'Or Mirabaud is above all a great popular regatta where competitors, volunteers, club members and the general public mingle. The richness of the BOM is precisely that it brings together great professional racers with passionate amateurs. The fact that TF35s, real technological gems, can rub shoulders with Surprises on the same water surface is fantastic! Sport is at the heart of this unique convivial gathering, in club spirit. The commitment of our volunteers, year after year, is the cornerstone of the Bol d'Or Mirabaud's success; it is what allows us to keep registration fees affordable and contributes to making the BOM the great popular regatta it is", he adds.

The three previous editions of the race were not fortunate; in 2019, a memorable edition that will go down in history with weather conditions worthy of the Roaring 40s, a rare event for the regulars of Lake Geneva; cancellation of the race in 2020 and a special edition last year where, to the delight of the sailors, the race was the first authorized sporting event, but with onshore festivities reduced to a strict minimum.

In this context, let's hope that 2022 will bring a return to normalcy, all while cultivating continuity. "We have a solid and healthy foundation, upon which we will capitalize. Many new people will be involved in the next BOM’s organization and we will have to consolidate what we have already achieved while finding our bearings in the club's new infrastructure. With the various events planned for 2022, we will also have to manage the club's financial and human resources," explains Yann Petremand.

Born on the Lake Geneva shores, Yann Petremand quickly found himself on the lake aboard his family's sailboats: his father and grandfather were passionate about sailing and regattas; a passion they passed on to their son/grandson.

Yann is also a passionate regatta sailor, very attached to the heritage and history of boats on Lake Geneva. A member of the Société Nautique de Genève "for as long as I can remember," he was elected president of the Sailing Circle in 2015. "It's kind of my second home," he likes to say. A volunteer for more than 20 years at the SNG, he now takes over the BOM organizing committee presidency, after having handed over the reins of the Sailing Circle to René Grept last year resulting in a smooth transition.

"The Bol d'Or Mirabaud is a key event in the club’s life. It is very unifying, and I’m proud to take over the presidency," he explains. "My predecessor, Rodolphe Gautier, did a great job and contributed greatly to the professionalization of the event. I want to work to continue what he has put in place."

After studying economics, Yann worked for more than ten years in a private bank before moving to the yachting industry, which allowed him to reconnect with his passion. He is now back in a private bank in Geneva, and continues to work as a volunteer for the SNG.

Welcome to the SNG Alexandra! How would you like to introduce yourself to the Bol d'Or Mirabaud competitors?
"Thank you! I am humbled to learn all I can about the inner workings of this iconic event, and I am looking forward to joining this great team of volunteers who work to make this regatta such a special event year after year. Like Yann, sailing is a family affair for me. My mother had a sailing school for a long time, a great playground for those who appreciate the sea and water sports!

How long have you been working at SNG and what are your duties?
"I joined the team on October 1, 2021, which is very recent. I wear two hats as I’m in charge of the operational organization of the Bol d'Or Mirabaud and responsible for partnerships and sponsorship at the SNG."

What is your objective for the BOM 2022?
"I share Yann's approach to capitalize on what has been done in the past, consolidate our strengths and overcome our weaknesses, step by step. Play it safe, don't make drastic changes, observe, learn, analyze, and then suggest improvements that are part of a coherent global strategy, itself the fruit of our president's vision. If we manage to do as well as in previous years to begin with, it will already be a great success!"

What does the Bol d'Or Mirabaud represent for you?
"Above all, it is the human richness of the event, an event capable of bringing together people from very different backgrounds around a very simple objective: professional competitors on real Formula 1 boats, the pinnacle of cutting-edge technology with passionate amateur racers on much more traditional boats."

What do you think is the biggest challenge?
"The challenge is twofold this year: the new internal organization of the BOM is in itself a challenge, understanding the inner workings, the inside story, leading a brand new team; and of course, the public health situation also remains a challenge that needs to be considered, while hopefully it will eventually subside."

Any last words?
"I can't wait to get behind the scenes of this great event and contribute to its success by bringing my personal contribution!" 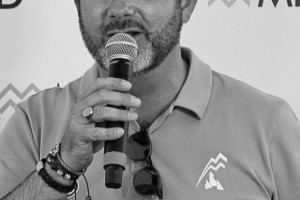 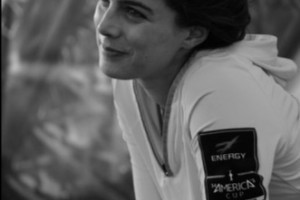 Successful first round of the Youth Foiling Gold Cup in USA

Bol d'Or Mirabaud 2022: the great lake festival is back