"We looked behind us and didn't see anyone at all, we were pretty far ahead of the fleet," said David Liddell, co-owner of WOW, the Stealth 14GT catamaran and the first boat to cross the finish in today's gruelling Round Tortola Race. It was a very challenging day for the all the classes who started the race, with a breeze that clocked the compass amidst squalls and at times, no breeze whatsoever. Race officials shortened the course mid-afternoon which allowed several boats including WOW to finish within the allotted time.

"The first leg up to Buck Island was great, we quickly made the layline and the breeze was slightly cracked off which was good for us as a multihull," Lidell said. "We had an awesome reach down to Great Camanoe then started seeing squalls. We had some good sailing in the squalls but at the back of the squalls there was no wind. After spending half an hour going nowhere, we at least were being pushed down by the tide, making one and a half knots," Liddell laughed. "From there it was squall after squall, we stopped again, it rained so hard at one point we were all under the cabin and no-one was on the helm! I don't know how many sail changes we made, from screecher to spinnaker to jib and all over again. At one point we had the screecher stuck at the top of the mast and Helen (Ruud) had to go up the mast to release it. Toward the end we got very lucky to catch breeze and a nice spinnaker run all the way to the finish off Steele Point."

"Floppy and wallowing" were today's buzz words aboard the Swan 51 Godspeed as the crew stuck out the frustrating conditions to finish the Round Tortola Race, but unfortunately not within the allotted time. They hooked into a nice groove after winning their start and led the CSA Cruising division for much of the distance up and around Beef Island before the breeze evaporated for them after Scrub Island. Godspeed, owned by Tortola local Chris Haycraft, is a new boat for him after he lost his trusty Pipe Dream in Hurricane Irma. Today was somewhat of a celebration aboard Godspeed as it was the first time since Irma that his crew had been on the water.

"It's our first sail this season and the BVI Spring Regatta usually represents the end of the sailing season," Richard Wooldridge, crew onboard Godspeed and co-owner of the trimaran Triple Jack which holds the Round Tortola record of 2 hours 42 minutes. "We were all having serious withdrawal symptoms so while we've done a lot of wallowing about today, it's great have this time on the water together. Our crew are reviving the island by being out here and sharing our common concern for our little island."
The enthusiastic Absolut Full Moon Race fleet started with the Round Tortola Race boats who were also thwarted by today's conditions, with several of the fleet choosing to withdraw after a frustrating day.

"We are really happy that we started the inaugural Absolut Full Moon Race and got the race off this morning," Judy Petz, Regatta Director said. "While the weather has been challenging today, the boats still sailing will get to enjoy the beautiful islands of the BVI in the moonlight."
The BVI Spring Regatta & Sailing Festival are grateful for the sponsorship by ABSOLUT®Vodka for this new race.

"Through the efforts of our local importer and distributor, TICO Wine & Spirit Merchants (ticobvi.com), we are excited to sponsor the inaugural Absolut Full Moon Race around the British Virgin Islands," Susana Arguello, Regional Marketing Manager at Pernod-Ricard said. "ABSOLUT®Vodka's aim is high, as we have a long-term vision of creating one sustainable circular source with our brand. That is why we applaud the BVI Spring Regatta & Sailing Festival organisation who, over the past 10 years have incorporated measures to create a more sustainable event."
The BVI Spring Regatta & Sailing Festival continues on Wednesday March 28, with the finish of the Absolut Full Moon Race and the start of the Island Invitational. 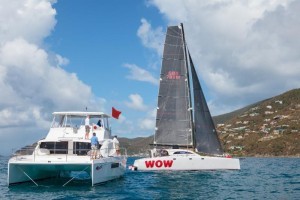 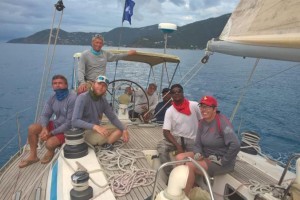 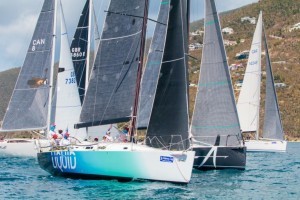 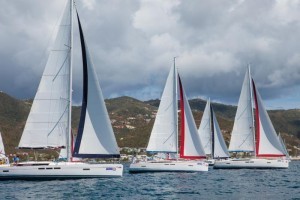 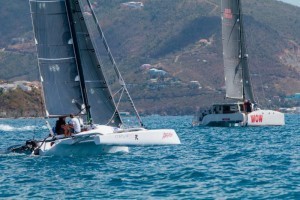 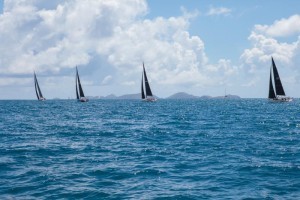 Another windy day for the 49th BVI Spring Regatta 2022