The Fundación MAPFRE’s head office in Madrid hosts the official presentation of the 37th edition of the Copa del Rey MAPFRE, to be held in Palma de Mallorca from 28th July to 4th August.

More than one hundred guests, including sponsors and media, were present for the official kick-off to the 37th edition of one of the most important regattas in the Mediterranean. Among those to attend the event, were José Manuel Inchausti, Chairman of the Iberian territorial division of MAPFRE, Guenther Seemann, Executive President of the BMW Group Spain and Portugal, and Javier Sanz, President of the Real Club Náutico de Palma.

The presentation was hosted at the head office of the Fundación MAPFRE and was opened by Javier Sanz, the president of the hosts and organising club,

“This is the third time that we have presented the Copa del Rey MAPFRE in Madrid. It is also the third time that I can announce a regatta that continues to grow. According to our latest numbers for pre-registration, the 37th Copa del Rey will once again be breaking records for the number of participants, with more than 150 boats, and once again it will also be an absolute must for the top fleets in the Mediterranean.”

Likewise, Sanz wanted to thank and highlight the importance of MAPFRE’s presence and ongoing support,

“There are a whole number of factors which influence the privileged position that the Copa del Rey occupies on the world sailing calendar, but one thing is for sure, without the backing of MAPFRE; without their trust and involvement, this leadership simply wouldn’t be possible.”

José Manuel Inchausti emphasised the importance of the event in the world of sailing, and once again, the dedication and efforts made by all participants to continually improve, as well as the commitment of the teams to being leaders,

“Sailing perfectly represents the values of a company like MAPFRE, which knows that without striving for success nothing is possible. MAPFRE shares the competitors’ personal drive for continual improvement, and their commitment to fight day in day out, to achieve their goals,” the MAPFRE Iberian Chairman stated.

In the last edition, the reigning event of the RCNP beat its personal best for participation on the Bay of Palma, with an incredibly varied fleet made up of 138 teams and 24 nationalities. This year, the Copa del Rey MAPFRE promises to return as one of the most important editions in recent years, and the organisation is already expecting an incredibly high number of registrations; a a fleet combining the very best one design classes, alongside those competing in compensated time.

The race course will see the return of the one design classes the ClubSwan 50, Swan 45, ClubSwan 42 and J80, alongside the IRC and ORC fleets, as well as the flying catamarans, the GC32s, who are back for the third year running to compete on the Bay of Palma. The class has chosen the 37 Copa del Rey MAPFRE as the third scoring event in its European circuit, the GC32 Racing Tour 2018.

This year’s big news is the debut of the Melges 40 class and the 6-Metre fleet, which will participate as a guest class in its two divisions (classics and modern). Among the teams that have already confirmed their participation is Bribon, the Movistar team, the boat skippered by H.M King Don Juan Carlos, who in September last year were world champions of the class in Vancouver.

The competition programme will begin on 30th July, with a maximum of 20 races for the GC32, 12 for the Melges 40 and J80s, and 11 for the rest of the classes during the six days of the regatta.

The Copa del Rey MAPFRE is much more than a regatta. The intense sports programme is completed back on shore with an exceptional social agenda, that is quite simply a must-visit over the summer in Palma. Personalities,partners and guests mingle amongst over 1500 crew members, to enjoy an intense social activity calendar including parties, gastronomic events and tastings, gala dinners, live music and a fabulous atmosphere at the Crew Village, which is open every evening until 21:00h.

The social agenda for the 37 Copa del Rey MAPFRE highlights three main events, as is tradition: the Crew Party, the Owners’ Dinner, and the Prize Giving ceremony at Ses Voltes, a unique setting located at the foot of Mallorca’s beautiful gothic cathedral. 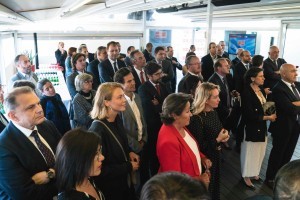 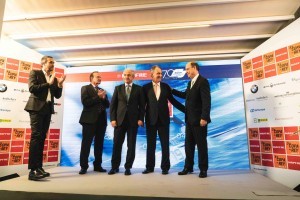 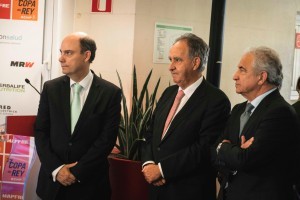