There can be no doubt that the enduring popularity of the Mediterranean’s summer showcase event, the Copa del Rey, continues. A record fleet of 154 boats representing 29 different countries will race on five different race areas on the Bay of Palma during the coming days at the 37 Copa del Rey MAPFRE.

Entries are up from the 138 boat high water mark of last year, an armada which represented 24 nations. Correspondingly it is the first time that the regatta organisers, the Real Club Náutico de Palma will operate five different race areas in order to maintain the excellent level of racing.  While the core of the annual event fleet remain the popular one designs and ORC and IRC classes, turning out to enjoy the Balearic summer’s pinnacle event, so the regatta also reflects differing trends and interests.

Following their successful debut at Sail Racing PalmaVela in early May, the Melges 40 circuit returns to the Bay of Palma to compete for the first time at 37 Copa del Rey MAPFRE. So too it is the first time that the Copa del Rey will welcome the International 6 Metre class which brings seven Modern and seven Classic yachts which start their racing programme on Tuesday.

Three Maxi72s return to constitute Sothebys Mallorca IRC Class Zero. The class went to the wire last year when the Vrolijk designed “Momo” prevailed overall. All three are expected to racing off identical TCF handicaps, with no time compensation it will be boat-for-boat, whichever crosses first wins. It will be the first time this season that “Momo”, “Cannonball” and “Proteus” line up in Europe. “Momo” and “Cannonball” both raced the 66 Rolex Giraglia and Rolex Capri Week and it was Dario Ferrari’s crew on “Cannonball” lead by tactician Vasco Vascotto which has held the upper hand over “Momo”, which has Markus Wieser as tactician and Michele Ivaldi navigating. This will be “Proteus’ first regatta in Europe after winning Spring’s Les Voiles de Saint Barths and competing in the Caribbean 600. The “Proteus” crew includes Volvo Ocean Race winner Stu Bannatyne, tactician Mark Mendelblatt and navigator Andrea Visintini. The Maxi72s are very much focused on working up to next month’s coveted Rolex Maxi Yacht Cup.

“Beau Geste” have some minor crew changes to the team which has just won the Offshore Worlds and programme captain Gavin Brady believes their crew will be pushed hard to win here: “Eighty per cent of the team is the same as won the worlds. The ORC/IRC Worlds were our goal for 2018 but that is one event and it is a long way to come to Europe.  The biggest event in Europe for this type of racing is Copa del Rey and I was here last year with Cuordileone (ClubSwan50) and I really enjoyed it on land and on the water. The event is superb for the owners on and off the water.” Brady says, confirming, “It is the most professional event in Europe I have been to. It was not easy to get here but this is more Grand Prix than St Tropez and we have a boat like Beau Geste with a great class. We had some really fun practice racing today.

Unlike the 52 SUPER SERIES where all the boats are the same, these boats are all different ages and designs. You take a 2007 boat and give it the upgrades and it is fast and they have the rating credit. And suddenly we are looking over our shoulders and we are ‘we have to beat them by a minute and a half round the race course and they are only 30 seconds behind right now. So I think who wins, with three newer 52s here, it is where we all group up, there are three groups all within two minutes round the race course and so there are opportunities for everyone. And I think that will be good for everyone, everyone thinks you need a new boat to win but here sailing well, developing the team, having good chemistry on the boat you can get results. You don’t have to buy the brand new boat.”

Most notable growth is in the ClubSwan 50 fleet which now has ten entries compared to six when the exciting One Design class debuted here last year. Henrik Brandis “Earlybird” remains the team to beat, winners here last year and at Sail Racing PalmaVela. Leonardo Ferragamo has Olympic gold medallist and three times Moth world champion Paul Goodison as tactician on “Cuordileone”. Russian newcomers to Copa del Rey MAPFRE, “Uthekha”, have the Wizard of Palma Bay Nacho Postigo as navigator along with Ian Budgen as tactician. Cameron Dunn is on One Group and three times Olympic medallist Jesper Bank is tactician on “Niramo”. HM King Felipe of Spain is expected to race on the ClubSwan 50 “AIFOS 500”.

The BMW ORC classes 1 to 3 account for 65 entries in total, including 23 boats in Class 1 and 30 boats in Class 3. In Class 1 the famous “Rats on Fire” of Rafael Carbonell is the Swan 45 which already has five wins to their name.

“Elena Nova” of Christian Plump is favourite in the MRW Swan 45 class which is five strong while there are ten ClubSwan 42s. All of the Swan OD classes compete here for accumulated points towards this season’s Swan Mediterranean Trophy.

Racing starts Monday at 1300hrs local time for nine of the thirteen classes. 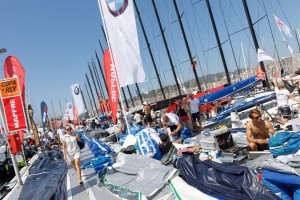 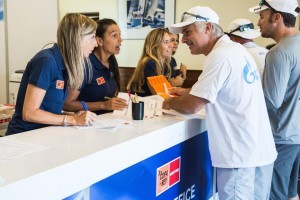 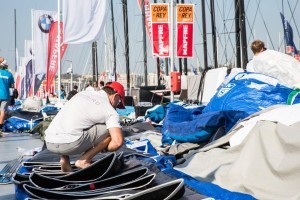 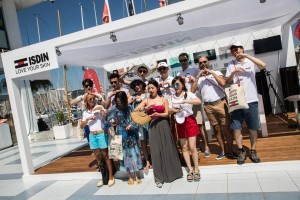 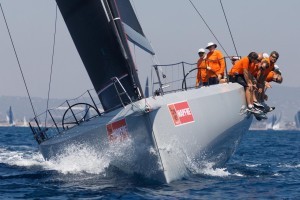