Building on the great success of the first new-look event in 2018, organisers are predicting a 50 per cent increase in teams with as many as 12 expected to line-up on the start line in February for the intensive 14-day marathon along Oman’s spectacular and scenic coastline.

In a change from this year’s edition of the rebooted tour, the publication of the official 2019 Notice of Race reveals that the fleet of high-speed Diam 24s will now sail the route in reverse – starting in Muscat and then racing south to several venues on a challenging course to the finish in Salalah.

As well as the route reversal, the ninth edition of EFG Sailing Arabia – The Tour will again offer a varied mix of quick-fire in-port stadium-style races and longer offshore coastal legs, providing ideal warm weather winter racing ahead of the European season while also showcasing Oman itself.

Alongside inspiring racing backdrops, Tour crews will also be able to appreciate Oman’s authentic culture and history in locations like Muscat and Sur, and the beauty of coral reefs in Bandar Khiran, nature reserves in Ras Al Hadd and Masirah, and the sub-tropical plantations of Salalah.

The revamped 2018 event pitted eight international and Omani teams against each other in the one-design Diam trimarans, and in a format designed to reflect that used in the classic annual Tour Voile event around France.

At the end of a close fought fortnight the French team on Beijaflore emerged as the winner, an experience that doubtless helped take them to second place in an equally competitive Tour Voile later in the season.

Speaking in Oman after the final day of racing skipper Valentin Bellet said: “We came here wanting to win and we pulled it off. This event has been fantastic training for the Tour Voile – in France now it is very cold and we can't sail very often but here it's possible to race every day against some of the top teams and discover this beautiful country. It's the perfect preparation for us.”

Ali Al Balushi, trimmer on EFG Bank Monaco, said: “The racing was very tight and it was a great opportunity to compete against some of the best teams. It makes me proud to have represented Oman and to have been able to show off my country to so many sailors from all over the world.”

With the doors now open to 2019 entries, organisers at Oman Sail are expecting a number of teams from the Sultanate to be joined by others which are likely to represent countries including France, Switzerland, Belgium, Monaco and Germany.

“The great success of this year’s EFG Sailing Arabia – The Tour demonstrated that our decision to change the format of the event was supported by the international yacht racing community,” said Salma Al Hashmi, Chief Marketing Officer at Oman Sail.

“As a result we can confidently predict that in 2019 even more teams will seize the opportunity of warm weather sailing and highly competitive racing in a spectacular location. EFG Sailing Arabia – The Tour is going from strength to strength and we look forward to extending a warm welcome to returning sailors and new teams.”

The 2019 EFG Sailing Arabia – The Tour will take the racing fleet from Muscat and on to Sur and Ras Al Hadd, Masirah Island and Duqm before the finale in Salalah. The event will run from February 2 to 16. 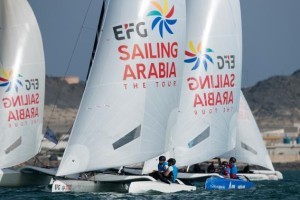 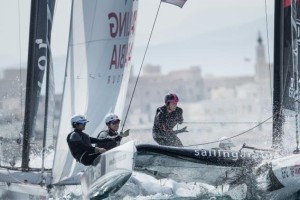 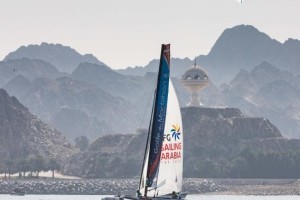 Big breeze baptism of fire as EFG Sailing Arabia: The Tour 2017 gets underway