Led by double Olympic gold medallists Roman Hagara and Hans Peter Steinacher, Austrian challenger Red Bull Sailing Team introduces some impressive new faces for the first Act of the Series. Two-time America's Cup sailor Chris Draper takes the helm in the team's ninth season on the circuit, with hopes of leveraging his superior knowledge of foiling to propel the team through the ranks.

Backing him up is a new crop of young pros. Scottish sailor Neil Hunter joins the team on the foils, following a stint in the America's Cup with Land Rover BAR and a win in the 2017 Red Bull Youth America's Cup. He's accompanied by British sailor and fellow Land Rover BAR America's Cup competitor Ed Powys. The team looks to be a tough competitor, with Hunter and Powys both boasting prior Extreme Sailing Series experience. The line-up is completed by former 49er sailor Rhys Mara (AUS) and 2016 World Match Racing Tour winner Dan Morris (USA).

Commenting on the new crew roster, Sport Director Hans Peter Steinacher says: "Roman is still the skipper for Red Bull Sailing Team. We are really looking forward to seeing Chris Draper racing in Oman - he has the right mix of expertise for these boats and this format."

Steinacher, who is suffering from a shoulder injury, hopes to be back on the super-fast hydro-foiling GC32 at the second event of the season at the World Championships in Riva del Garda, Italy, 24-27 May.

Kiwi opponent NZ Extreme Sailing Team is also hoping to take the Omani waters by storm. Having sailed with Red Bull Sailing Team on the circuit in 2015, Jason Waterhouse is now racing with the Kiwi challenger, taking up post as skipper. Waterhouse is looking forward to the battle for the top spot: "We're fresh blood. It's a cool new challenge and we're raring to go. I think we're going to come out swinging."

A seasoned Extreme Sailing Series pro with experience with past teams GAC Pindar and Gazprom as well as Red Bull Sailing Team, Will Tiller (NZL) trims the Kiwi mainsail. He's expecting some tough competition for a podium finish in Muscat: "The standard is constantly improving each season. This year you have the likes of Chris Draper, Phil Robertson and Adam Minoprio. There's more experience in the class - it's all ramping up."

Aussie sailor Luke Payne returns to the battle with NZ Extreme Sailing Team this year, having sailed on the Australian Wildcard team in 2015 and CHINA One in 2016. The team's line-up is completed by strong Kiwi sailors Harry Hull and Guy Endean - an America's Cup winner.

With the benchmark set by 2017 champions SAP Extreme Sailing Team, all teams are ready to bring their A game to the first Act of the Series when it kicks off tomorrow. Red Bull Sailing Team skipper Roman Hagara is determined that his crew will be the ones to top the podium this year: "We're not looking at this as a building year. We want to put the pressure on the competition from the start. We all think that the expertise of Hans Peter and myself, along with Chris' outstanding skills and the talent of our new young crew members, should be a very successful combination - hopefully successful enough to take the overall title."

The Extreme Sailing Series opener will commence tomorrow, 14 March, on the azure waters of Muscat, Oman. GC32 racing begins at 14:00 local time (UTC+4) - it's all to play for. 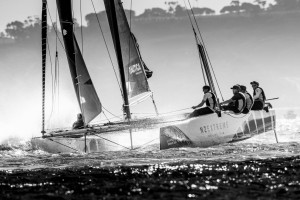 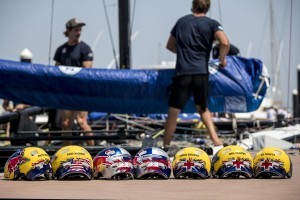 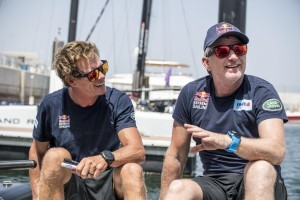 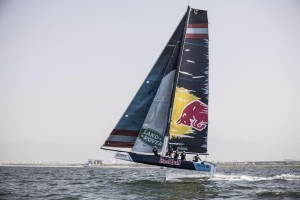