Hosted by the prestigious Clube Naval de Cascais as part of its 80th anniversary celebrations, the fourth Act of the 2018 season promises big breeze and big competition, as the teams race for precious Series points off the Atlantic coast of Portugal.

Making its Extreme Sailing Series debut, Cascais adds to Portugal's impressive portfolio of Host Venues, with the original Stadium Racing championship having been hosted in Porto, Lisbon and Madeira Islands in previous years.

Fresh from their Act 3, Barcelona battle that finished just two weeks ago, the international teams of elite-level sailors will be pulling no punches as they head into the halfway point in the 2018 season's global tour of seven iconic locations.

The six crews of Series regulars will be joined by a local wildcard entry; the crew roster is to be announced next week.

"We're going to make sure we're firing on all cylinders," said a determined Køstner, skipper for the team. "We are not planning on giving up this fight with Alinghi and Oman Air. We hope it can last all season down to the last race in Los Cabos."

Swiss rivals Alinghi have different tactics though. Having sailed non-stop since the end of April, they've focussed on resting up ahead of the game. Refreshed, poised and ready for action, they'll be bringing their A game to the Portuguese Act.

Whilst the current Series frontrunners may take centre stage, there's stiff competition waiting in the wings. Team Oman Air, skippered by Kiwi match racing champion Phil Robertson, will be looking to put in a repeat performance in Cascais, following a second place finish in Barcelona.

"We've been fighting hard to be ready for Cascais," he said. "The focus for Team Oman Air has been on getting the boat back to her prime, then the racing comes next."

The Omani team had their boat taken out of action on the third day of the Barcelona Act, following contact on the racecourse with Red Bull Sailing Team in Race 18.

A world-renowned sailing hub, Cascais is known for its significant breeze. Situated on the western tip of Portugal, the venue can be expected to present the teams with a range of typical Atlantic Ocean weather conditions for them to navigate.

"It will certainly be a windy event," enthused Red Bull Sailing Team Sport Director, Hans Peter Steinacher. "Combine that with the power that we have on board our boat, with double Olympic gold medallist Roman Hagara on the helm, I think we will have a great Act. Hopefully we get four really good days together on the water."

Team México skipper, Erik Brockmann, is also amped up for the Act.

"I have actually sailed in Portugal before, but in bigger boats," he explained. "This time around, it'll be quite different. It's a great venue and I'm really looking forward to sailing there."

Act 4, Cascais runs from 5-8 July, with the final two days broadcast LIVE on Facebook and YouTube. The GC32 fleet will be joined by the Flying Phantom Series for the penultimate event in their five-Act Series. The international fleet of Flying Phantom boats, that includes local sailors José Caldeira and Helder Basilio of UON Sailing Team, will race each day alongside the GC32s.

The Extreme Sailing Series will be teaming up once more with Sailors for the Sea, a charity based around uniting sailors to protect the ocean and promote sustainability. The Series will be striving for recognition in the charity's Clean Regattas awards system. Further information on the Clean Regattas Certificate can be found here. 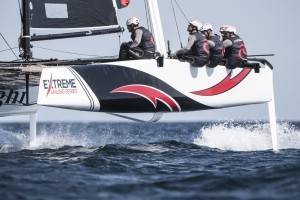 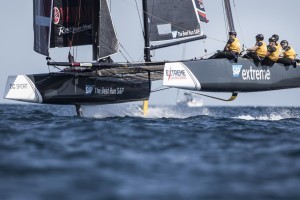 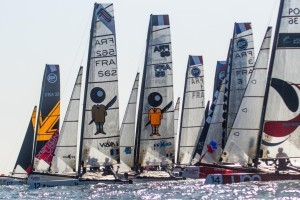 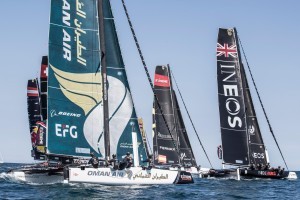 Besenzoni will launch its new brand at the Cannes Yachting Festival

100 days to the 28th edition of the Monaco Yacht Show