Fronted by US match racing champion Taylor Canfield, who sailed with the Extreme Sailing Series on China One in 2016, the local boat will be crewed by a fully US team, including two Californians.

Canfield will be joined on board by Floridian sailor John Wallace, a rising star in the M32 class, and Laser sailing Californian, Mateo Vargas. Fellow Californian Matt Noble backs them up, with the crew completed by Rhode Island sailor, Sam Hallowell.

A mentor to his young American team of up and coming sailors, Canfield is looking forward to racing against the Series regulars – a world-class fleet consisting of America's Cup winners, Olympians and World Champions.

"Our team might be young, but that makes this experience all the more exciting," said Canfield, ready to regale the Californian crowds with hours of extreme entertainment. "While we don't have many days on this boat, we have some hard working guys to really push it around the course. It's a great opportunity for myself and the other boys – we can't wait to get more time foiling against some well-polished teams on the Extreme Sailing Series."

The US team is backed by new Series partners, Element Sports Group and Spark Compass.

Extreme Sailing Series Race Director, California-based John Craig, is thrilled to be back in San Diego for the penultimate stop of this year's global tour, and to welcome a US team to the fray.

"San Diego is a fantastic sailing venue, steeped in maritime history," he said. "The Californian crowds will definitely be out in force to support their home team. Everyone's looking forward to a sunny San Diegan spectacle."

Extreme Sailing Series San Diego, presented by SAP, kicks off on Thursday 18 October on Harbor Island. The GC32 fleet will compete daily from 14:00 PT, with racing streamed live on Saturday 20 and Sunday 21 October on the Series' Facebook and YouTube channels.

In addition to the headline GC32 racing, there will be the Element Sports Kite Boarding Invitational, O'pen BIC youth sailing, Go SeaQuest on-the-water simulators, an extensive Race Village offering bars and food stalls, and much more.

For more information on the Act, please head to the event website. 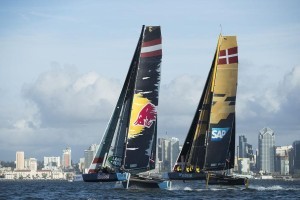 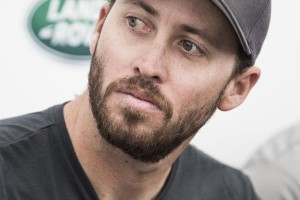