Hat-trick for Hagara and Steinacher at Los Cabos opener

Having saved their best moves for the final Act of the season, Red Bull Sailing Team stole the show on the first day of Extreme Sailing Series Los Cabos, scoring a pole position hat-trick in the event's opening races.

Under the red hot rays of the Mexican sunshine, the fight for the day one win raged, only for the Austrians to rule in their rampage through the ranks – the first time they've led the fleet straight off the mark since the Act 3 battle in Barcelona, Spain.

Despite a turbulent year, the team seems to have finally found the secret to success. With double Olympic gold medallists Roman Hagara and Hans Peter Steinacher back onboard, and bolstered by newcomer and Tokyo 2020 hopeful Micah Wilkinson, the squad has seen significant improvements, climbing the ranks in San Diego, USA, and now securing their position as frontrunners in Los Cabos.

"It was the perfect day for us," said skipper and helm, Hagara. "Our manoeuvres were good so it was all about getting off the start line. Clearly we are aiming for the win now."

"We're stoked with our result today," added an excited Micah Wilkinson. "Roman and Hans Peter are doing a great job on the tactics and the starts. Rhys is doing a good job trimming, it's all going well. Same process, same routine tomorrow!"

Fellow Tokyo 2020 campaigner, Yanic Gentry, also saw some promising results. One of only three Mexican sailors to make it to the Rio Olympics in 2016, Gentry is no stranger to tough competition. His first day sailing competitively with home crew Team México saw a great mid-fleet finish in race two, demonstrating real potential for the remaining three days of double-points racing as the team gels further.

"It was very exciting and overall, I think we had good speed," he said, analysing his results. "We couldn't consolidate the boats on that first race but on the second, we managed to sail in the middle of the pack, which gave us a good punch for the third race. Tomorrow we'll come out pumped and hopefully we'll finish with a strong result."

For Danish SAP Extreme Sailing Team, day one did not go as planned. With hopes of tearing a victory away from Swiss team Alinghi in the final Act of the season, valid for double points, Rasmus Køstner and his crew had been more than ready for war with the white and black boat.

However, the Danes did not deliver. Despite their consistent performance all year, that included setting a new speed record for the Series in Cascais, Portugal, they fell at the final hurdle, finishing the first day of the finale in fifth place behind British INEOS Rebels.

"We're not super happy with the day," admitted Køstner. "We know we can do better so we're quite lucky there were only three races. We've made a few bad decisions, but we'll come back fighting tomorrow."

For the fleet of foiling GC32 catamarans, today was tough. Light winds whispered into the sails, creating a game of tactics for the sailors.

With hopes of more wind for the remaining three days of competition, the teams now return to the shores of Los Cabos to debrief, ready for round two in the ring from 14:00 local time (UTC-7) tomorrow. 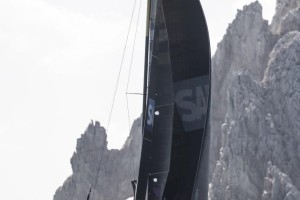 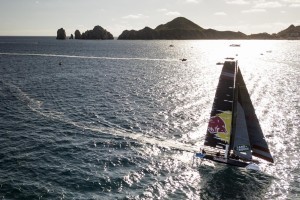 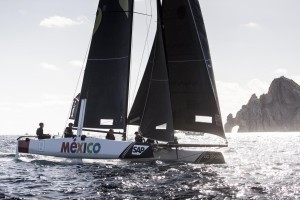 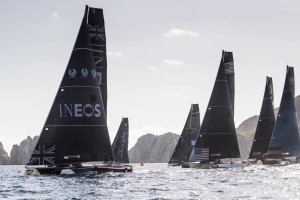 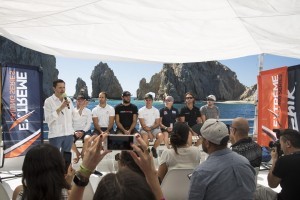