Following ten months of touring around the planet, competing in some of the world's most iconic locations, Ernesto Bertarelli's stand out squad: Arnaud Psarofaghis, Nicolas Charbonnier, Timothé Lapauw, Nils Frei, Bryan Mettraux and Yves Detrey, closed the grand finale in first place on the double points Act leaderboard – their incredible five Act wins this year cementing them as victors in the overall rankings.

"I'm happy but it's actually relief that I'm feeling now," said an overwhelmed Psarofaghis, co-skipper and helm for the team. "I was a bit stressed with all the pressure mounting for an end of season win. The team did a perfect job and made it so easy for me to sail with them. The trick is to stay calm throughout the event. To win the season and to win the last Act, it's the perfect way to finish the year."

For last year's Series champions, SAP Extreme Sailing Team, the Los Cabos Act was a bitter pill to swallow. Despite their talented crew of some of the world's best sailors, including Kiwi match racing champion Adam Minoprio, the Danish squad sailed inconsistently in Mexico.

As their Act scoresheet became littered with low results, the gap grew between them and Alinghi in the overall rankings; the Danes' hopes of securing a second consecutive Series win sailing off with the Swiss into the distance.

They eventually finished the Act in fourth, resulting in a third place finish overall behind Phil Robertson's Team Oman Air.

"We're pretty disappointed," admitted helm Minoprio. "We didn't give ourselves many chances this regatta, and we didn't sail our best as a team. I didn't get us off the start line very well and it showed in our results. We could blame it on the light wind but really we just didn't sail well. Alinghi were consistent as usual. They meant business and so did Oman Air. They just left us scraping our way through the middle of the fleet."

SAP Extreme Sailing Team did, however, win the Zhik Speed Machine Trophy for the fastest speed achieved in the final Act of the season - an insight provided by Series technical partner, SAP.

Red Bull Sailing Team, on the other hand, consistently sailed first-rate races throughout the Los Cabos competition, closing the event on the Act podium in second. Their tumultuous year of back to back obstacles, including collisions, breakages and crew changes, has prevented them from securing a podium until this point, making this a momentous occasion for the Austrian team.

"This result is the best one we've had all year," said an elated Hans Peter Steinacher, the team's double Olympic gold medallist mainsail trimmer. "We're very happy with second place in the Act. Alinghi were so calm and cool in the last race. They were enjoying everything because they knew they'd won overall. We had a good fight with Oman Air and it went our way - we're very pleased."

Los Cabos rounds off an exceptional twelfth year of the Series that captivated audiences all over the world. Visiting seven countries across three continents, the ultimate Stadium Racing championship once again delivered a truly unique, unparalleled sailing experience for fans and teams alike. 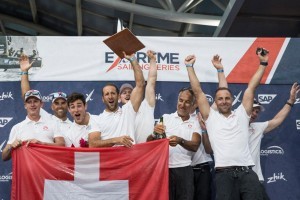 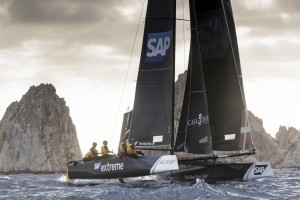 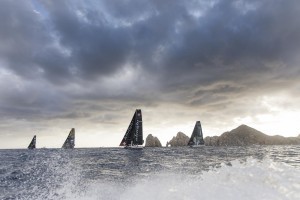 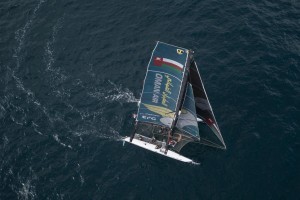 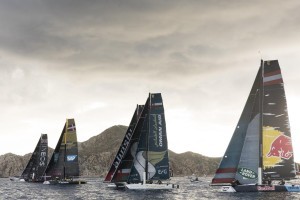