Niklas Zennstrom's Carkeek designed Rán 7 has won Round 4 of the FAST40+ Class Circuit at Lendy Cowes Week. Rán 7 came from behind to take the lead from Peter Morton's CF40+ Girls on Film, which was runner-up. Bas de Voogd's Carkeek MkIII Hitchhiker worse score in the seven race series was fourth, securing the Dutch team's podium finish for the regatta. Stewart Whitehead's Rebellion was in great form for the last day winning Race Six.

Lendy Cowes Week also produced a first for the FAST40+ Class, Olivia Dowling becoming the first women at the helm for the owner driver class, racing Ker40+ Pace to fourth overall. Pace was just ahead of Steve Cowie's Botin Carkeek Zephyr on countback.

The FAST40+ Class limits the number of professional on board. Niklas Zennstrom wanted young amateur navigator, Tom Needham, to speak on behalf of the team. Needham was navigator for the 2017 RORC Season's Points Championship winner Lisa, a corinthian team led by Nick and Suzi Jones, and past RORC Commodore Michael Boyd.

“It has been amazing, I am really thankful to the team on Lisa for the introduction last year, coming into Team Ran has been very special. It is a continual learning curve and also such a good time. I am learning loads from the pros on board, they are so experienced, and there is so much more to learn. Navigating at Lendy Cowes Week is complex but you really have to push it to win races, especially with regards to depth. As the racing progressed I pushed it more and more and luckily we didn't touch the bottom! Thank you very much to Niklas and the whole team for getting this boat built on time for the season. It is a really lovely boat and a lot of hard work, for the whole team, goes into getting her ready for each regatta.”

Round 5 of the FAST40+ Race Circuit is the Wight Shipyard One Ton Cup, which will be hosted by the Royal Ocean Racing Club in the Solent 13-16 September. 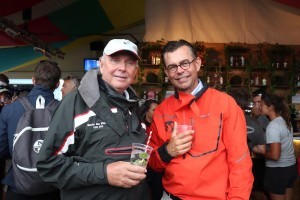 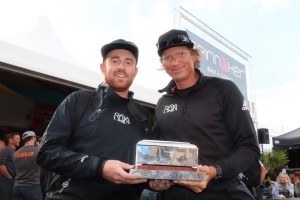 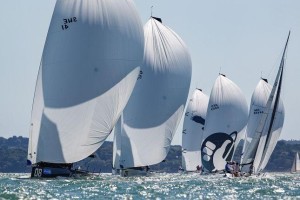 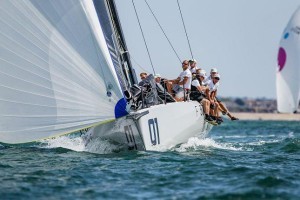 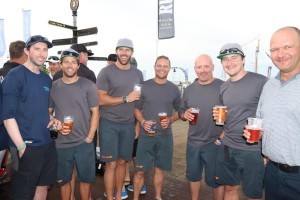 Montura is only second to Maidollis in Riva del Garda, 2nd day