On 13-16 September, Eleven FAST40+ teams will compete for the prestigious One Ton Cup

The One Ton Cup is steeped in history and reputation in the world of yacht racing. Created by the Cercle de la Voile de Paris (CVP – Paris Yacht Club) in 1899, past winners include many legends in the sport of sailing; Syd Fischer, Harold Cudmore, Henrik Soderlund, King Harald V of Norway, Paul Cayard, Francesco de Angelis, and Russell Coutts.

From 13-16 September, Eleven FAST40+ teams will compete for the prestigious One Ton Cup with skippers from England, Germany, Ireland, the Netherlands, Scotland, South Africa, and Sweden. Peter Morton's Girls on Film will be going for a third win in a row. Niklas Zennstrom's Rán will be trying to win the trophy for the first time, as will two newcomers to the class; Niall & Olivia Dowling's Pace, and Christian Zugel's Tschüss. Stewart Whitehead's Rebellion and Bas de Voogd's Hitchhiker have both been in fine form this season, and every team in the regatta is capable of winning races.

“It took me 35 years to win the One Ton Cup, having come runner up many times,” commented Peter Morton, whose company Wight Shipyard is presenting the trophy for the 2018 edition. “It is great to have the regatta in Cowes, it first came here in 1902. Wight Shipyard is delighted to support the regatta. We will have a hog roast for all the crew and a tour of the yard. It is part of the history of Cowes, the three biggest aluminium flying boats were built here by Saunders-Roe, and the first Hover Craft by Sir Christopher Cockerel. Today we have built the latest Red Jet that brings people over to the Isle of Wight. Three of the FAST40+ fleet call the Wight Shipyard home, so we wanted to give something back to the sailing community in Cowes. If we win the One Ton Cup this year, it will be just as sweet as the first time.”

Ten races are scheduled, over four days to decide the winner of the One Ton Cup, including short windward-leeward racing and longer round the cans courses. The thrilling action is set to start at midday Thursday 13 September. The Prize Giving will be held at the Royal Ocean Racing Club's Cowes Clubhouse after racing has concluded on Sunday 16 September. 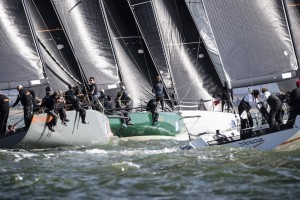 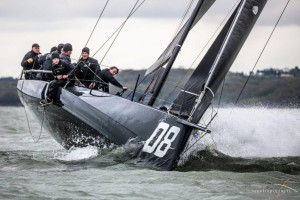