“It is a great honour to raise this trophy,” commented Niklas Zennstrom. “It has been really good racing, and personally the reason I joined the class was to win the One Ton Cup. It is such a prestigious trophy, as a kid I was reading about it, and it was certainly something to race for, we are very proud to be winners. On behalf of all the owners, I would like to thank the RORC and the FAST40+ Race team for fantastic organisation, and Peter Morton for sponsoring the regatta and giving us a fantastic party at the start of the regatta. Also for all the sailors for putting up such a good competition.”

Created in 1899 by the Cercle de la voile de Paris (CVP), skippers from 12 nations have won the prestigious One Ton Cup over the last 119 years. Teams from France have won the cup on 13 occasions and British teams have been victorious 14 times. Niklas Zennstrom racing Rán in the 2018 edition has become the fifteenth Swedish skipper to win the One Ton Cup. The last Swede to win the One Ton Cup was Claës-Henrik Nordenskiöld's May Be VIII in 1959, long before any of the Rán crew were born.

Going into the last day of the regatta, Rán had a huge lead of the competition. In the penultimate race, Rán was leading the fleet but hit the top mark and finished the race in tenth place. Bas de Voogd's Hitchhiker took the race win, to come within one point of challenging Peter Morton's Girls on Film for second place. Mike Bartholomew's Tokoloshe II was third scoring their second podium position for the regatta.

Rán finished the regatta in style scoring their sixth bullet in the nine race series to win the Wight Shipyard One Ton Cup. Girls on Film finished Race 9 in second place to hold off Hitchhiker into third for the series. Stewart Whitehead's Rebellion scored consistently throughout the regatta to finish fourth, and Tony Dickin's Jubilee covered Tokoloshe II in the last race to secure fifth place for the Wight Shipyard One Ton Cup. 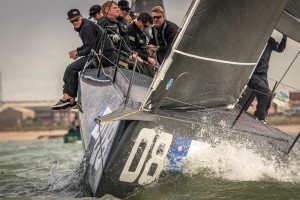 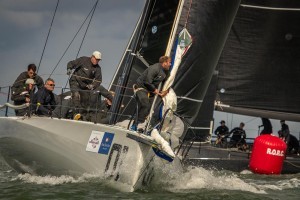 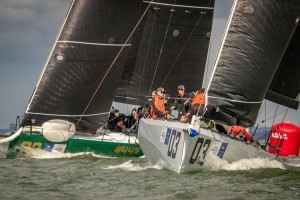