The sixth and final round of the 2018 FAST40+ Circuit proved a frustrating one for the sailors involved, but at least served to confirm the pre-eminence of Rán 7 in a competitive fleet.
While unseasonal weather brought sunshine and brilliant blue October skies to The Solent, it failed to deliver enough breeze for racing on two days of the three-day finale hosted by the Royal Southern Yacht Club.
Ultimately, with only two races possible on the first day, the distant prospect of anyone overhauling Niklas Zennstrom’s consistently sailed Rán in the season standings evaporated along with the wind, the Swedish flagged team settling matters in any event with bullets in both contests.
The result secured a season-long clean sweep for the all-black racing machine, boat speed and impressive crew work combining to deliver six straight event victories, picking up 22 race wins in the 36 races sailed.
“First off being here in the third week of October and it’s like summer, and PRO Stuart Childerley, as always, did an extremely good job with the cards he was dealt,” said Zennstrom.
“There’s been good racing and a good camaraderie among the teams. These boats are perfect for the Solent, they are fast and they are fun and the right size.
“It’s disappointing of course to end with only two races but it has been a fantastic season and I think we are all disappointed it is already over. There has been really good racing in The Solent and here at the Southern, and over in Cowes and of course down in Poole, which was fantastic, so a really, really good season which we have all enjoyed.”
And he added: “For next season there are a few people looking around to join us, so we shall see. We always hope there will be new boats and our mould is available for anyone to use.”
Though severely truncated, the final round of 2018 did settle a closely contested race for a place on the season podium, with Stewart Whitehead’s Rebellion and Bas de Voogd’s Hitchhiker tied on 25 points in third spot heading to the decider.
The Dutch-flagged Hitchhiker took third behind Tony Dickin’s second placed Jubilee in round six to edge three points ahead of Rebellion in the final standings and seal the podium place.
“We were a little bit fortunate to get ahead with only the two races, but it was the goal for the season to be on the podium,” said Hitchhiker’s tactician Hamish Pepper.
“There was a bit of a tough start to the season but we managed to scrape through and get some great results.
“The class is great and the boats are a lot of fun. I have watched it grow from afar, so for me it is exciting to be part of it. The owner is very excited about the boat and we will be looking at how we can improve the boat and move it on next year.”
Peter Morton’s Isle of Wight based Girls on Film completed the final round in an untypical sixth position, but had done enough earlier in the season to maintain second spot overall.
Morton said: “It’s a great class with fun boats and good racing. They are the most fun boats to sail, by far.
“Rán has clearly moved the game up, and it’s sailed well and a fast boat, so pretty difficult to beat – you can beat a fast boat if it is not well sailed, and a well sailed boat if it’s not fast, but you can’t beat a fast, well sailed boat.”
Looking ahead he added: “The class is at an interesting time I think – if I am totally honest it is at a pivotal time. Up until now you have had the GP42s from seven, eight nine years ago that have been reasonably level with many out of the same mould.
“Boats get faster, that’s just a fact, and classes are always a balance about maintaining the competitiveness of the existing fleet and the enthusiasm of the owners, while still encouraging new owners and new boats to come in.
“The next few months and the next year will be quite important with the decisions the class needs to make, and it is just a case of finding that balance.” 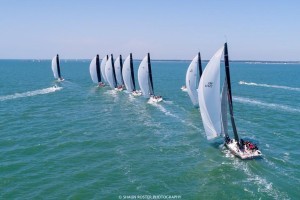 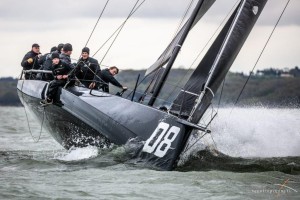 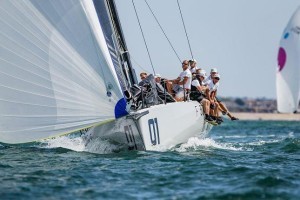 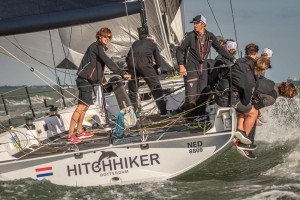 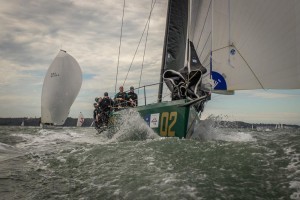