“Hamble Yacht Services has supported the FAST40+ Class since its inception and we are delighted to continue our support for the 2019 HYS FAST40+ National Championship.” commented HYS Director Bertie Bicket. “The majority of the FAST40+ teams are based at HYS and many of the marine companies located here provide key services for the teams. The FAST40+ Class owners form an integral part of the HYS community and we are delighted to be supporting them once again this year.”

Eight races are scheduled over three days of racing, with a mix of windward leeward and round the cans racing, testing the hi-tech fleet. Reigning HYS FAST40+ National Champion Niklas Zennstrom's Rán returns to action. Peter Morton's Girls on Film will be looking to push on from their win at the RORC IRC National Championship, which elevated the Cowes based team to lead the series.

Intense competitive racing is in the DNA of FAST40+ racing and with half the season completed, the podium for the 2019 series is far from decided. Ed Fishwick's Redshift has made a stunning debut in the class to place third after three rounds but four more teams are also challenging for the podium. Filip Engelbert's Swedish team racing Elvis put in a consistent performance in the last round to spearhead the podium challenge. Tony Dickin's Jubilee is a new boat for the crew, and the last regatta saw the team break into the top tier with regularity. Steve Cowie's Zephyr is one of the most settled teams in the FAST40+ fleet, and never short on tenacity or speed. Niall & Olivia Dowling's Arabella have all the ability to win in any race, and James Neville's Ino XXX makes a welcome return from their offshore racing programme.

Hamble Yacht Services is home to Niklas Zennstrom's Rán, as well as the majority of the FAST40+ fleet. Rán's Boat Captain Jan Klingmüller, better known as Nipze, has been at cutting edge of boat preparation for many years, working in the America's Cup, and the TP52 circuit. Nipze has learnt his trade from sailing legends; Killian Bushe, Mark Pickle and Chris Hoskins to name but a few. For the last nine years, Nipze has been at Rán Racing, here is a podcast 'back stage' at Hamble Yacht Services, prior to the HYS FAST40+ National Championship.

Hamble Yacht Services is all set for the HYS Fast40+ National Championship, ready to host all of the teams taking part. In true FAST40+ style, all crews will have the use of the HYS Event Centre, the venue for daily aprés-racing socials and the championship prize giving. 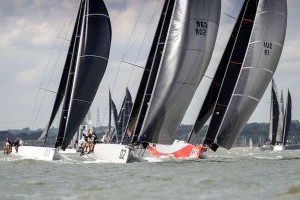 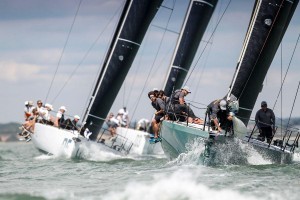 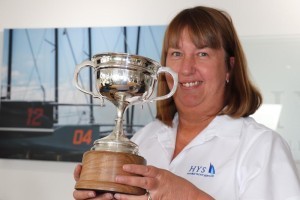 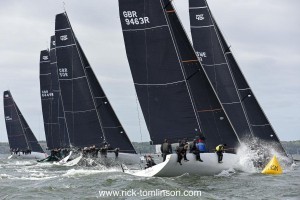 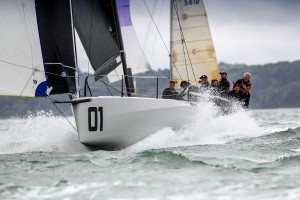 Vera leads away on a challenging Palermo-Montecarlo race