Once again the two America’s Cup team competing here – Franck Cammas’ NORAUTO powered by Team France and Sir Ben Ainslie’s INEOS Team UK – each managed to claim two of the five races. At the midway stage, INEOS Team UK has kept her bow forward in the overall results, with a four point lead over NORAUTO. But with potentially ten races still to sail, they are effectively neck and neck.

“We’ve been having a good tussle with NORAUTO,” recounts the British team’s tactician, Rio 2016 Finn gold medallist Giles Scott. Today the Brits won the second and fourth races while NORAUTO claimed races three and five. “The sea breeze has been perfect for GC32 racing – a 12 knot sea breeze and solidly foiling downwind. We’ve had two really good days of racing,” continued Scott, who won his third Trofeo SAR Princesa Sofia here this spring in his Finn.

Generally tactical wisdom for the Bay of Palma is that ‘left is best’, however Scott said that today it was not that clear cut. “We found it was flicking around quite a bit, so there were opportunities getting on top of the fleet on the right hand side. But certainly at the top mark everyone has been keen to get that left turn and do some horrible tack-sets, which means big old winds for the likes of me!” Trying to the right side paid off for INEOS Team UK in the last race when they managed to salvage a fourth following their worst start of the day.

Once again the most inspiring performances today came from the owner-drivers. In a return to his GC32 Lagos Cup form (where they finished second overall to NORAUTO), Erik Maris’ Zoulou won the first race.

“Lagos was one of those weeks where everything fell into place and this one isn’t quite, so we have to fight for it tooth and nail,” said Maris. “We were a little off-balance yesterday and we didn’t adapt our way of sailing to the lighter conditions. Today was a little better especially in the starts. We need to keep on improving and I need to be better - because my guys are wonderful - if we are going to fight the two America’s cup teams. Wherever they start they seem to end up the front, but it shows what talent and work can do.”

Two other podium finishes today has elevated Zoulou to the top of the competitive Owner-Driver leaderboard, ahead but only on count-back from Jason Carroll’s Argo and with just two points astern, Simon Delzoppo’s .film Racing, winner of today’s ANONIMO Speed Challenge with an average speed of 22.55 knots.

In fact all five of the owner-driver teams enjoyed moments of glory. Simon Hull’s Frank Racing posted a second in today’s first race. The Argentinian team, Código Rojo Racing was starting with a never previously seen speed and aggression today, worthy of their team name and were frequently in the top three at the reaching mark. This translated into third and fourth-placed finishes in today’s first two races.

Skipper Federico Ferioli explained: “We had a problem yesterday with the starts, so this morning we checked the video and analysed our starts, made a plan, followed that plan and it was much much better. We coming into the line with more speed. It was great. If you have a problem and work on it and improve it, when you get results it is very satisfying. I am not crazy about our results so far, but I am really focussed upon improving day after day because that way the results will come.”

Racing continues on the Bay of Palma with another five races scheduled, starting at 1300 CEST. 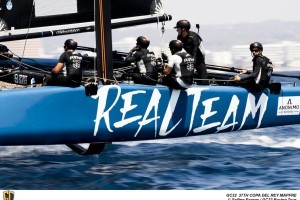 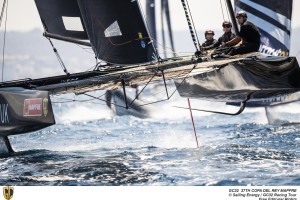 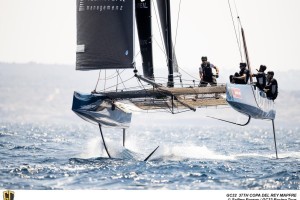 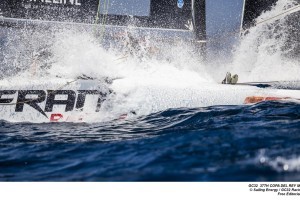 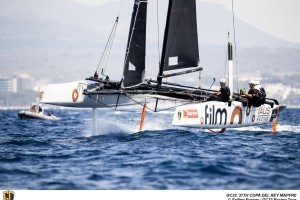