For the upcoming event on the GC32 RACING TOUR, the GC32 NORAUTO team will be flying on the waters of Villasimius

For the upcoming event on the GC32 RACING TOUR, the GC32 NORAUTO team will be flying on the waters of Villasimius, the leading sailing destination located in the south-eastern point of Sardinia. Still top of the circuit having won two stages, Franck Cammas has a small lead over teams Realteam (SUI) and Zoulou (FRA).

The fleet of GC32s will be back in force for this penultimate test. Franck Cammas will face ever-increasing competition from teams progressing through the regattas. INEOS TEAM UK, led by Olympic sailor and challenger for the 36th America's Cup, Sir Ben Ainslie, is one of those teams, having gained ground in Palma and they do not intend to stop there.

This growing intensity is an additional driving force for Franck Cammas, who is used to the pressure of sports and high-level regattas, as he points out: “It's good to have INEOS TEAM UK against us because they are upping the level. Leigh McMillan has more experience and he has been very consistent in Palma. We would like to do better than last time. In addition, Zoulou was not as consistent in Palma, but they usually have a very good level, and they are another great rival.”

In order to sharpen their game, the NORAUTO team are focussing on training in the run up to racing, starting this Thursday. Team coach Jean-Christophe Mourniac alias “Kinou” oversees the training and monitors the crew’s performance. He gives us his team and performance analysis of the NORAUTO GC32 at the penultimate event:

"The goal for Villasimius is to maintain the good level of performance we have had so far. We have to be realistic, there are still two events and we want to stay in this position. We will now look at what we do mathematically compared to others. So, if we can stay at the same level of performance in the top 3 each time, we will be heading in the right direction!

At a technical level, certainly we want to continue to progress, it's getting harder because everyone is improving their game. Since Lake Garda we still have small things to adjust in terms of communication and strategic choices on the water. The GC32 is a precision sport, so every detail is vital in the overall progression. But when it comes to managing the boat and speed, I think we have shown our potential. We re-start each time based on an evaluation of the last event in order to progress. The team has the skills, the determination and the motivation and will give it their all this week." 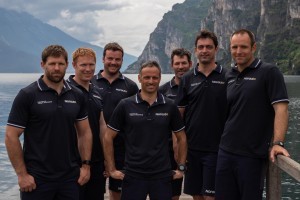 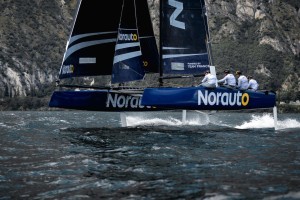 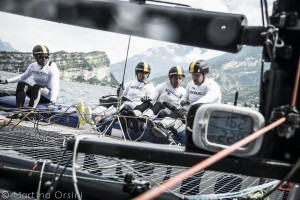 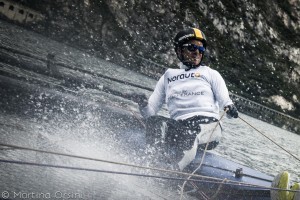 Giuseppina Arena: Italian style and design get into the Westport 125