The Golden Globe Race village in Les Sables d’Olonne opened with a bang over the weekend as 9,000 visitors welcomed 17 of the GGR skippers into town at the end the SITRaN Challenge Race from Falmouth, UK

The greatest applause was reserved for Sir Robin Knox-Johnston and his famous Suhaili yacht, winner of the first Golden Globe Race back in 1968/69, and first man to sail solo non-stop around the Globe. Hundreds gathered on the dockside all vying to catch his lines or eye, and thousands more cheered from vantage points around the marina. Suhaili was escorted the last 25 miles from Ile-d-Yeu by a fleet of yachts representing the French section of the Cruising Association.

“I expected a warm welcome, but nothing this big” said Sir Robin. Answering questions on the dock, he added: “The Golden Globe Race is a great adventure involving ordinary but very seaworthy boats and ordinary people who will grow to be quite extraordinary by the time they return to Les Sables d’Olonne. Mark my words, those who finish will become legends in their own right.”

Asked if he felt a yearning to start with these skippers, the three-time circumnavigator smiled: “Yes – but 50 years ago!”

Did he have any pearls of wisdom to offer this new generation of global skippers? “Yes, my advice to these skippers is to look after your boat – and your boat will look after you.”

Francesco Cappelletti, the 18th GGR skipper, set off from the South of France early this morning in the cab of a truck, towing his Endurance 35 007 across country to Les Sables d’Olonne. The Italian must arrive on Tuesday to attend a compulsory skipper briefing, then complete 3 days of solo trial sailing in order to join the fleet for the Race start on Sunday July 1st.

First to cross the finish line in the 300-mile SITRaN Challenge Race from Falmouth to Les Sables d’Olonne was Mark Slats’ Dutch yacht Ohpen Maverick followed by French veteran circumnavigator Jean-Luc Van Den Heede’ aboard Matmut. These two Rustler 36 yachts vied with each other all the way across the English Channel. Slats said at the finish. “It is good to see that Ohpen Maverick, which was the very first Rustler 36 to be built, is still competitive. We took up the lead half way across the English Channel and arrived in Ushant just in time to catch the last of the favourable tide. That helped us to extend our lead to 8 miles, but Jean-Luc came back at us near to the end to make it a close finish.”

The aim of the SITRaN Challenge charity race was to finish as close as possible to 19:00 on Saturday. Skippers were allowed to use their engines, but had points added for every hour after the prescribed finish time and more for each hour they motored. These calculations catapulted Philippe Péché’s PRB up from 7th finisher to 2nd overall one point ahead of Jean-Luc Van Den Heede to give the Rustler 36 entrants a clean sweep of the podium positions. 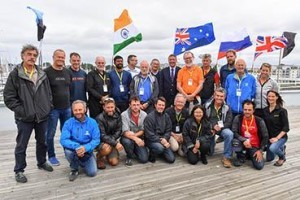 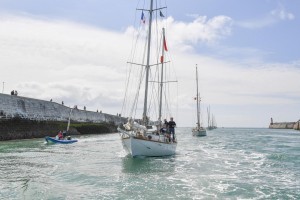 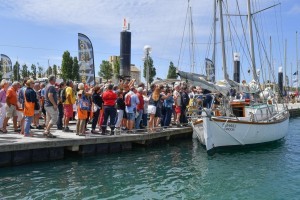 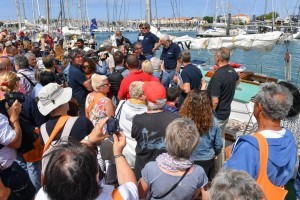 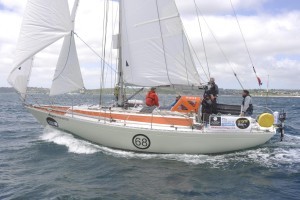 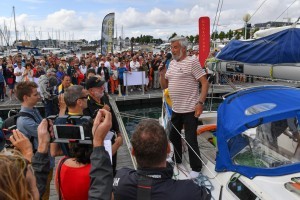 Date change for the Italian J 70 2023 Championship in Lerici

Luna Rossa is sailing ahead of schedule