“This is our first regatta since the 2017 Worlds, we did a lot of testing with the current world champion, Peter Duncan, and we knew at the worlds we are quick, but things didn't go terribly well for us there. For the Southern Area Championships things just seemed to go right for us, and when it does, that gives you so much more time to think things through. Two of the crew were racing for the first time, and we had perfect conditions to work up the team, and once you are in front, life is much easier. Phan will not be going to the J/70 European Championships, as we do not have time to compete there and to qualify for the 2019 World Championships. However, Phan will be racing at the J/70 National Championships next month.” Commented Jeremy Thorp.

Having chartered one of the J/70s owned and race prepared by the Royal Thames Yacht Club, John Greenland's JDog was racing in the J/70 Class for the first time. Greenland has tasted success in numerous keelboat events, representing the Royal Thames, but the J/70 is a new concept for him. Greenland's Corinthian team recovered from a poor start to post 1-2-2 on the last day, taking second for the regatta, just two points ahead of Patrick Liardet's Cosmic.

“As the results show, we didn't start too well, but as we came accustomed to the boat and spent time on the water, our performance and results improved. It was great to win a race, and we should have won the last, but we lost it on the very last run. Performing well on the race course is always important, but it is also nice to enjoy the social side of sailing, and there is a great crowd in the J/70 Class.” Commented John Greenland.
The next event for the 2018 J/70 UK Class will be the J/70 European Championships, in Vigo, Spain 12-16 June. 12 British teams will be part of the 78 boat fleet. 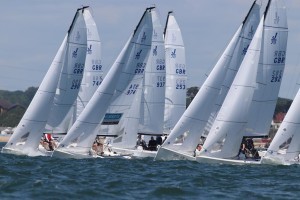 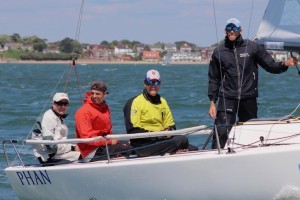 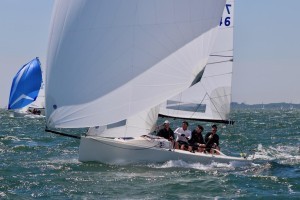 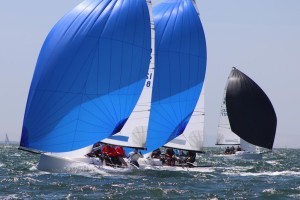 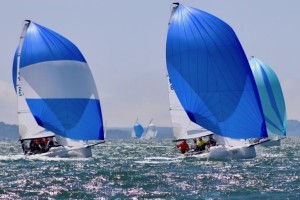