Over 70 teams from 15 countries will contest the 2018 J/70 European Championships. (Alejandro Vilas/J70 Spain)

Over 70 teams from 15 countries will contest the 2018 J/70 Class Open European Championship and 2018 J/70 Corinthian Class European Championship. The reigning Open and Corinthian J/70 World Champions will be competing, and the entire podium from the 2017 J/70 European champions, plus a galaxy of stars from the world of sailing. 13 races are scheduled over five days, in the stunning Ria de Vigo on the Atlantic coast of Northwest Spain. The Real Club Náutico de Vigo is providing a warm welcome to competitors with social occasions throughout the regatta.

“I decided to race in Europe this season because the competition is great. The European teams sail the J/70s very well.” commented Peter Duncan. “Last year in England and Italy, the hospitality was fantastic, everybody was very helpful, and the events were very well put together. I have never sailed in Vigo, but I have heard some great things about the conditions and the venue, so this is a great opportunity. The intensity and level of racing in Europe is definitely on the up, and there are over 70 boats signed up for Vigo, which is terrific. I hope they race us on one line, that would be really interesting.”

The host nation Spain has the largest entry by country with 22 teams entered, eight proudly representing the host club, Real Club Náutico de Vigo. Hot contenders for the European crown will be Pichu Torcida's “Noticia”, which was runner up for the 2017 event. Pichu from Santander is a two-time winner of the J/80 Worlds. Canarian Rayco Tabares will also be racing on “Noticia”, he is the reigning and four-time winner of the J/80 Worlds. J/70 Spanish Class President, Willy Alonso will be racing “Enersys”, the highly experienced sailor will be hard to beat in his home waters. Gonzalo Araujo's “Laguardia & Moreira” was crowned Spanish National Champion in the run up to this championship.

11 teams are entered from Italy. Claudia Rossi's “Petite Terrible” will be gunning for a hat-trick of European titles, having won the event for the last two years, the Italian women helm will be one of the favourites. Claudia's father, Alberto Rossi, will be racing “Enfant Terrible”. Alberto is a past Farr40 World Champion and three-time ORC World Champion. Reigning J/70 Corinthian Class World Champion, Gianfranco Noe's “White Hawk” will be racing. Vincenzo Onorato will be representing the Yacht Club de Monaco, under the name of his well know America's Cup Syndicate “Mascalzone Latino”.

Faria Renato's “To Nessa” has made the long journey from the Rio de Janeiro Yacht Club in Brazil. At the 2018 Bacardi Cup, in a hot fleet of 47 J'70s, “To Nessa” came 8th carrying a DSQ from Day One. Horacio Carabelli will be sailing with all family members on “Urubu”. Horacio has won the Snipe Worlds twice, competed at the Olympic Games, and been part of numerous teams for the America's Cup, and won the Volvo Ocean Race in 2008.

Vigo is an ancient fishing city on Spain’s northwest Atlantic coast in Galicia. The mouth of the nearby Vigo Estuary is sheltered by the Cíes Islands, which form part of the Atlantic Islands National Park. The Cíes are known for their birdlife and crescent-shaped Rodas Beach. The Ria de Vigo forms a superb natural location for the J/70 European Championships, and the city of Vigo has a renowned old quarter, home to plazas with towering ancient houses, which have been homes to fishermen for hundreds of years. 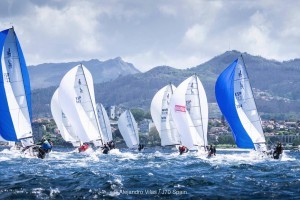 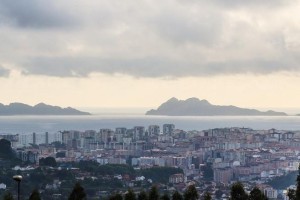 My Song and Savannah victorious at Loro Piana Superyacht Regatta