Action in Marblehead got underway today, with a Practice Race prior to the West Marine J/70 World Championships, which starts tomorrow, Tuesday 25 September.

For the Practice Race, the morning big breeze subsided, but only just, as a 17 knot northeasterly with a big sea state gave a rip-roaring start to racing. PRO Hank Stuart laid a 1.4 mile windward leeward course, with the top mark just shy of Halfway Rock. After two practice starts, the impressive J/70 fleet were given a four-leg course lasting an hour. Upwind was hard work, but the international fleet was rewarded with full-on surfing conditions downwind.

Two-time J/80 World Champion, Jose Maria Torcida (ESP) racing Noticia revelled in the heavy airs and big seas to win the Practice Race by a good margin. 'Pichu' Torcida comes from Santander on the Atlantic Coast of Spain. “It was just like being at home,” commented Torcida. “It is the conditions we know very well, and we got a good shift on the first beat and made the top mark in first place. We were very happy with our speed but this race was for nothing. The championship starts for real tomorrow.”

Vincenzo Onorato's Mascalzone Latino (ITA) was second, Olympic Gold medallist and America's Cup sailor, Paul Goodison is part of the after-guard. “It was cold on the water and really shifty with the wind oscillating 15 degrees either way, which makes it very easy to make gains or incur losses.” commented Goodison. “Looking at the standard in this fleet, any finish in the top ten will be a keeper, the racing is going to be pretty special.”

Reigning J/70 World Champion, Peter Duncan, racing Relative Obscurity (USA), was third in the Practice Race. “We were happy with our speed today and managed to get in phase for most of the shifts, we have been together for a while now, so the understanding is good, so today went well for us. Looking forward to the championship, this is a highly competitive fleet, and no one is going to get an easy win with such talent on the race course.”

Other impressive performances came from Ahmet Eker (TUR) racing Eker Kaymak, and Paul Ward (GBR) racing Eat Sleep, J, Repeat, who were fourth and fifth respectively.
The Opening Ceremony was held on the lawn of the Eastern Yacht Club featuring a salute from Glover’s Regiment regaled in 18th century costumes, who sang out some 'colourful' sea shanties. A parade of nations, with flags from each competing country were flown proudly by members of the Peon Yacht Club, who are all under 21 years old.

Guest speakers were J/70 International Class President, Henry Brauer, Eastern Yacht Club Commodore Ulf Heide, Doyle Sails' Robbie Doyle and World Sailing's Gary Jobson who commented: “Looking at the weather forecast we are going to have a bit of everything this week. So at the end of the regatta we will truly have a worthy world champion. Looking at the entry list here, I can not think of another regatta in the world that has more talent.” 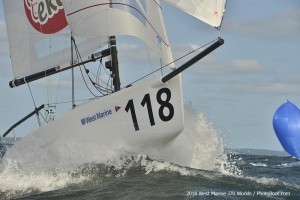 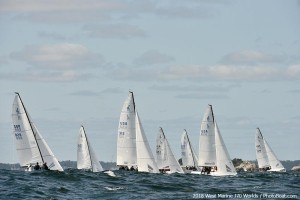 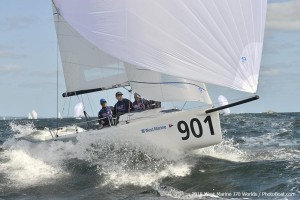 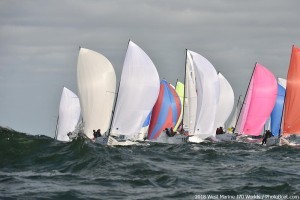 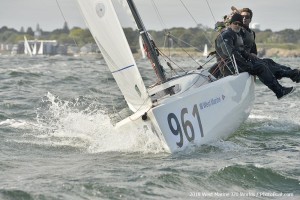 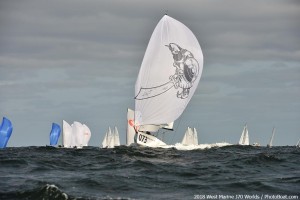 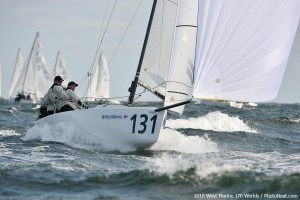 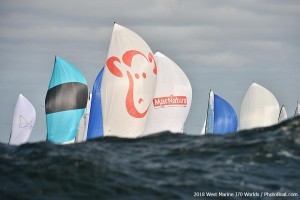 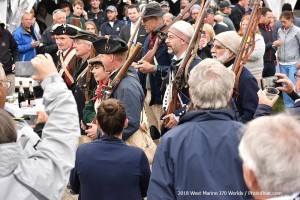 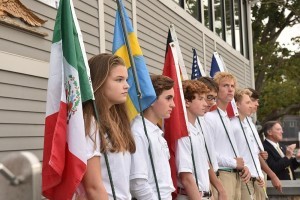 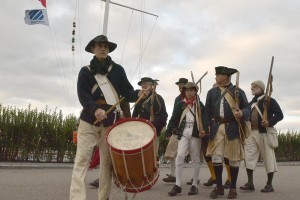