(Marblehead, USA, September 25, 2018) – The first day of the West Marine J/70 World Championship will be remembered for tough racing conditions for the 91 J/70s competing. A cold and wet southeasterly wind brought true Atlantic conditions to the combat zone. The big factor was the sea state, with waves topping out at over three metres. Upwind J/70s were climbing, then launching off huge waves. The downwind rollercoaster ride was an adrenalin pumping rush, the opening day was extreme, and right on the edge for racing.

PRO Hank Stuart and his team kept a close eye on the weather, and just before the bad weather really closed, called a halt to racing after two heart-thumping races. As the fleet headed into a warm welcome at the Eastern Yacht Club, torrential rain engulfed the race area, and there were no complaints about not running a third race.

Reigning J/70 Open World Champion, Peter Duncan (USA) racing Relative Obscurity, was second in both races to top the leaderboard. In second place, Claudia Rossi (ITA) racing Petite Terrible scored a 4-1, and lying third after Day One is Bruce Golison (USA) racing Midlife Crisis, after a 3-3 scoreline. Alberto Rossi (ITA) racing Enfant Terrible is fourth after two races, having scored a 5-5, and Vincenzo Onorato's Mascalzone Latino, racing under the burgee of the Yacht Club de Monaco, scored a win and a 13th to finish the the day in fifth.

“It was a struggle today,” commented Jim Cunningham racing Lifted to top of the Corinthian Class. “Keeping in clear air was key, but to do that in the pack you have to anticipate much more about the boats around you. Staying on the edges, especially downwind was our game plan today, and it was a lot of fun, we hit 19 knots as a top speed, which is something you don't often experience. Mark roundings were a challenge, we came in on Port a couple of times, which was interesting to say the least!” 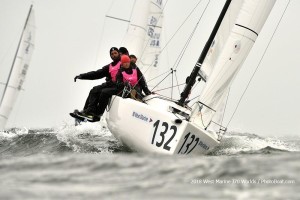 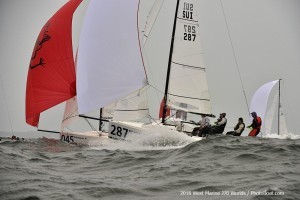 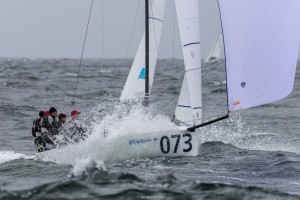 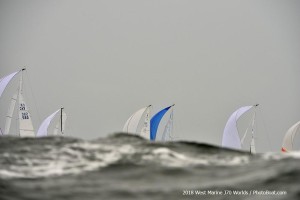 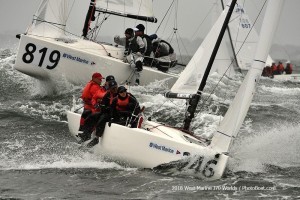 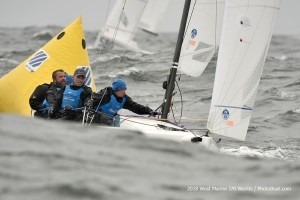 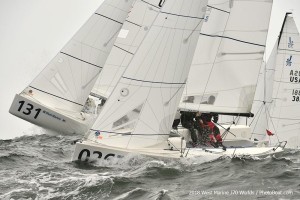 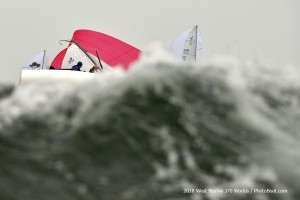 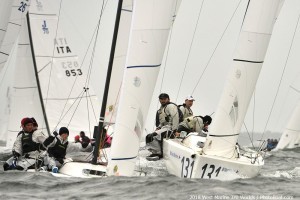 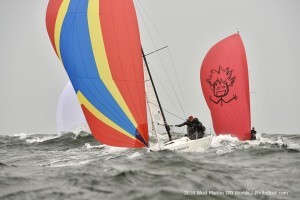 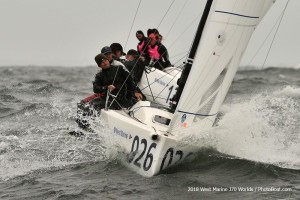 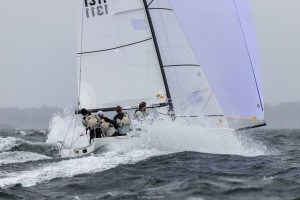