66 teams from Belgium, France, Germany, Great Britain, and the Netherlands, raced in the 19th edition of the J-Boats festival of racing, held every year in United Kingdom. The 2018 Landsail Tyres J-Cup also incorporated four UK National championships for the J/97, J/88, J/109, and J/111 Classes. All four of the championships were decided in the very last race, and the IRC and J/92 Classes also enjoyed highly competitive racing. Paul van Driel & Hans Zwijnenburg's Dutch J/111 Sweeny was awarded the J-Cup, the first overseas team to win the overall prize in the history of the event. Sweeny was also won the 11-strong J/111 Class, winning the last two races, to come from behind.

“Winning the J-Cup comes as quite a surprise.” smiled Paul van Driel at the Final Prize Giving. “I would really like to thank the organisers, they did a really good job, producing outstanding racing. We love coming to this event because we get such a warm welcome and everybody is so helpful, especially the Key Yachting team led by Paul Heys. We love racing in the J-Cup and that is why we will definitely come back.”

“Really close exciting racing.” commented Jaywalker's tactician Roger Barber. “We have had some great racing in recent years, to get a good performance in this class, we have had to sail really well.”

The J/88s produced a photo finish with J-Dream winning on countback from Gavin Howe's Tigris. Tim Tolcher's Raging Bull was third, and Richard Cooper's Jongleur made the podium in two races to finish fourth.

We have been second a couple of times, and we really should have won last year, so it feels good to finally win it after knocking on the door.” commented David Apthorp. “This regatta has been really good with close racing and pretty much the whole fleet at the same boat speed. Winning races comes down to tactics and boat handling. It would be nice to have more teams racing in the class, but of all the classes we have raced in, the J/88 is probably the most competitive, and consistency has been the key.”

Five teams made the podium in the J/109 championship, won by Jolly Jack Tar in the final leg of the final race. John Smart's Jukebox made the podium in every race to finish a worthy runner-up, and Neil Angel's Diamond Jem was third, just two points ahead of Simon Perry's Jiraffe. Chris Preston's Jubilee scored a podium finish to end the regatta in fifth.

“This is a different team from 2016, just two of us remain.” Commented Joe Henry. “Never give up; perseverance is the key to winning. Going into the last race, we were about fourth in the last 100 metres, and we managed to squeeze in and take second, which was just enough to win the championship.”

Sweeny was top of the podium for the J/111 Class but the Dutch team is not eligible for the UK National Championship. Journeymaker II was the top UK boat, finishing in second place for the class, with Sjaak Haakman's Dutch team on Red Herring claiming third, just a point ahead of Michiel v/d Meulen's Swiss Lällekönig. Sebastian de Liedekerke's Djinn and Paul Griffiths' Jagerbomb also scored podium race finishes.

“Wasn't that good, we are very happy!” smiled Chris Jones. “This has been a fantastic regatta, and most of all, we are delighted with the number of teams that travelled over from Northern Europe. I guess they want to test themselves before the J/111 Worlds this September, and the fleet for this regatta has been awesome.”

“For years I was a 'trailer-dad' to my children Max and Sally, and 20 years after racing Darts, my wife told me I needed to get out of the garage, so she asked Max which boat to buy and he said a J/70.” commented Graham Clapp. “The team for this weekend have been coaching or racing with my children for many years, so we already have a good relationship. We made a few errors which did not cost us too badly, but to win in this field was amazing.”

Davanti Tyres won the class for the second year in a row but was pushed hard all the way by Mike & Sarah Wallis' J/122 Jahmali, which won the last two races of the series to come runner-up. Mike Lewis' J/80 Jester was on the podium for all but one race, to finish the regatta in third, and Angus Bates J/133 Assarain IV also made the podium. Piotr Nahajski’s J/95 Jollity was fifth.

“We had some really good teams to race against, and the variety of conditions and courses kept us on our toes the whole regatta.” commented Chaz Ivill. “I have hardly ever missed a J-Cup, because it is an outstanding event, and really well organised which attracts a great bunch of people to come and race their team. Racing with lots of boats on the race course, was a great experience, and good practice for Cowes Week.”

Upstart held on to win the class by a single point from Jack Banks' Nightjar. David Greenhalgh's J'ronimo was always in contention but an OCS in Race 4 proved costly, with the team finishing third for the regatta. Guy Stansell's Captain Scarlett and Ralph Mason's Jabberwock tied after time correction in Race 4, demonstrating the intensity of the racing in the J/92 Class.

“You turn up, you give it a go and see what drops out the bottom, and fortunately for us we were the winners, so we are really pleased.” commented Robin Stevenson. “There is always great racing when the J/92s get together, they are not all the same but IRC tends to iron out the differences. I have to say that especially J'ronimo and Nightjar sailed extremely well , it came down to one race in the end, and fortunately the win came our way.”

The Regatta Supper and Final Prize Giving at the Cowes Event Centre was a fitting occasion to bring the 2018 Landsail Tyres J-Cup to a close. Key Yachting's Paul Heys was the Master of Ceremonies, and as each winner came up for their prize, they were cheered on by the J-Boats family.  Party band Groovejuice played live on the main stage, the dance floor was spinning to tunes from the 60s right through to 2018, with some unorthodox manoeuvres at the prize giving, which was a sell-out.”

“The J-Cup is a marvellous way to enjoy very competitive racing with a lively crowd, and we always like a good knees-up after we pack the boats away.” commented Paul Heys. “Many of the teams come back year after year, and their enthusiasm is infectious with more teams joining us every year on their recommendation.” 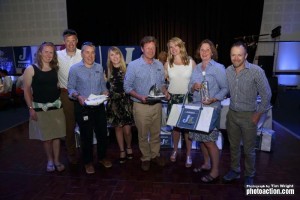 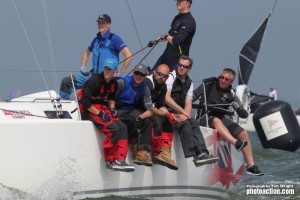 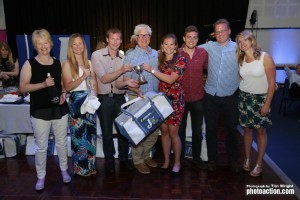 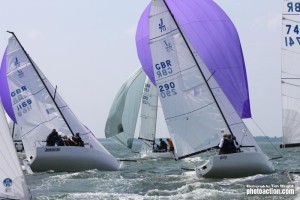 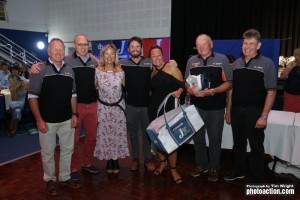 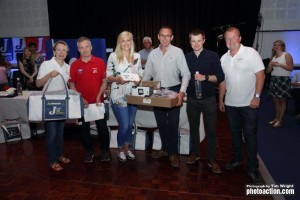 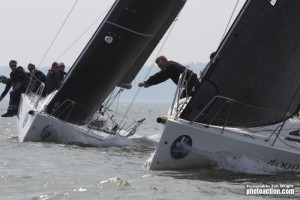 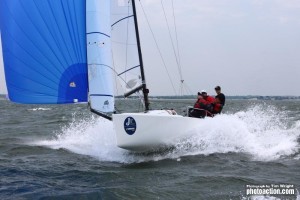 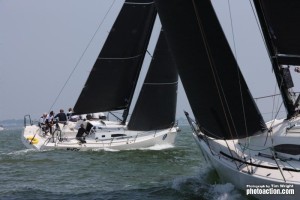 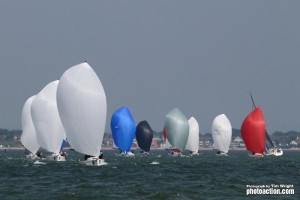 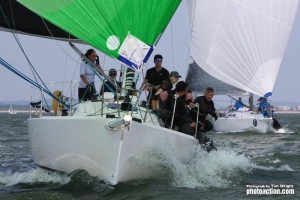 All set for the Key Yachting J-Cup regatta