Dutch Take it to the Wire in M32 Valencia Winter Series

"It is great for Team GAC Pindar to start the year with a win." Said Williams. "We were up against it with the damage sustained on day one putting the team under pressure, but the shore crew did a great job getting us back out racing and the great support from GAC's guests spurred us on."

Ian Williams skippered the British team of GAC Pindar to victory at this event as he made his mark on this European fleet ahead of what looks to be a closely fought summer M32 season in Europe.

The last of the winter’s ‘Poniente’ westerly kept both the experienced and the new M32 crews on their toes as conditions teetered in the high-teens, giving a thrilling end to this series.

49 races were competed in over the three event series, but not until the final one was victory for the Dutch secured. Richard Davies with his team Section 16 held the Series title until the final beat as the two teams fought it out, hungry for this early season victory.

“I Can’t believe how close the racing is.” Said Richard Davies, skipper of Section 16 and president of the M32 International Class Association. “…it comes down to last leg of the last race and the leadership swapped twice. It doesn’t get any better. Congratulations to Pieter-Jan Postma for an awesome result and hard fought victory. Role on the next round!”

Postma, racing as skipper of the victorious Sailing Team NL, has doubled-up as event organiser for the Valencia Winter Series. “As a team, Sailing Team NL has scored a lot of 2nd places this season. We put a lot of pressure on ourselves as a new team to go one better at this final event and we did it. I am so proud of this team.” Commenting on the action off the race course, PJ continued, “I am also proud of the team which made this Series possible. We created a community down in Valencia this winter where everybody felt welcome and part of something really special.”

With competition on the water clearly fierce, rivalries were set aside on land as the final event coincided with Valencia’s Fallas Festival, officially welcoming in the spring season. From paella and tapas nights hosting 60 sailors and their guests at the event site of Veles e Vents to the nightly firework displays and flowing Sangria in the city, the final event signed off this Valencia Winter Series in style.

More than 50 guests enjoyed the racing from prime viewing over the weekend, watching from a cruising catamaran alongside the racecourse, taking in the sensational M32 racing action as well as the sights and smells of Valencia and the Fallas festival. From the spectator boat, Harmon Delange commented, “It is amazing to experience the Port Americas Cup. It’s great to see this historic area being used for top level sailing once more, you can really feel a sense of the sailing heritage in Valencia and the M32 boats are adding to this.”
A progressively growing fleet over the course of the series, including three new teams to the M32 class, was testament to the open nature of the class and the reputation built in Europe and around the world amongst those searching for thrilling multihull racing. Eight teams entered the 2018 Valencia Winter Series with the promise of more for 2019.

With this weekend marking a wrap on the winter series, attention now shifts the the new M32 Series Europe with events across Scandinavia and mainland Europe. Ever popular Valencia will play host for one final time in 2018 as it kicks off the summer season 20th-22nd April. 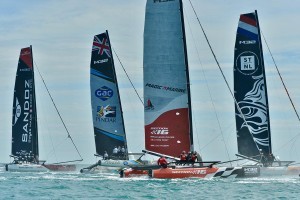 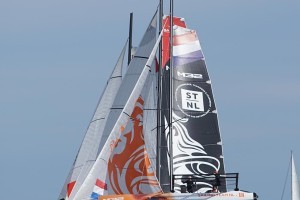