After the light day of yesterday racing of today has offered the highest speed of the Cetilar Sailing Series - M32 European Series so far.
The Kwindoo tracking system, the official tracking system of the series (www.kwindoo.com) recorded a top speed of 28.1 knts when a puff of about 22 knots reached the race course area.

Lot of action in all the races but expecially in the last and windier one with a “head to head” of the top three teams, GAC Pindar, Vitamina Veloce, and Section16 that offered a great show to the many spectator boats araound the course.

With a nice “coming back” Vitamina Veloce close the gap with GAC Pindar and the two boats crossed the finish line almost overlapped at the speed of 20+ knts.

The overall win of this Norvegian act went to GAC Pindar, followed by Section 16 and Vitamina Veloce.

Section16, with today’s second place, still keep the lead of the Cetilar Sailing Series right in front of the winner of the last two events GAC Pindar.

A special thank to Christiansand Seilforening and his chief Ragnar Nielsen for the fantastic hospitality and for the support in the organization of this third act.

Cetilar Sailing Series is now heading to Aarhus (DK) where, in two weeks time, will be held the the fourth event of the championship at the new International Sailing Center, natural home of iconic great sailing that in this 2018 will host, among other events, the Olympic Classes World Championship and the Volvo Ocean Race. 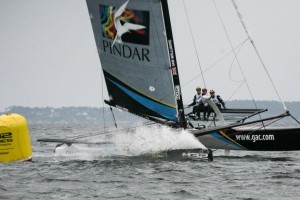 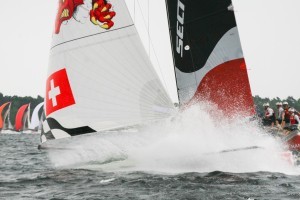 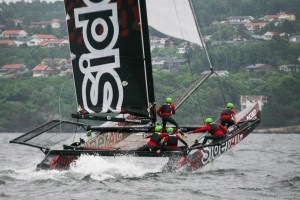