After Friday's complete and total washout of racing action at the 2018 Melges 20 World League, European Division, Event No. 4, the skies opened on Saturday with Igor Rytov's RUSSIAN BOGATYRS grabbing the overall lead.

The first race of the day did not disappoint opening with the success of BRONTOLO, helmed by Forio d'Ischia Champion Filippo Pacinotti and tactician Manu Weiller. He preceded current European and 2017 Melges World League Champion Rytov in second, followed by Italy's Stefano Visintin (Matteo Ivaldi, tactician) in third.

Pacinotti continued to do well in Race Two, but did not go unchallenged as reigning World Champion Drew Freides on PACIFIC YANKEE (Paul Goodison, tactician) claimed the top prize. Second place went to Pacinotti, while Freides' fellow countryman Jim Wilson at the helm of OLEANDER had a great race to finish in third (Jeremy Wilmot, tactician).

The third and final race on Saturday went to yet another supreme team - Dario Levi's FREMITO D'ARJA. A very intense fight carried on in the background between Rytov and Jan Kuchar's ALOHA. In the diminishing breeze all things were stacked in Rytov's favor, as the course was shortened at the last windward mark giving him his second, second place finish of the day, placing him in first overall ahead by two slim points.

With Pacinotti ranked in second on the scoreboard, Kuchar is third, followed by Freides in fourth and Levi rounds out the top five.

Marco Giannini's SIDERVAL is seated mid-fleet overall and currently leads the Corinthian division ahead of Oscar Farace sailing SESTELEMENTO, followed by Japan's TEMPUS with Koji Matsumoto at the helm.

For the final day of competition (Sunday), all eyes are focused on both the overall ranking of the event, but the weather also. It will play a very important role in the continuation of the Riva del Garda stage on the Melges 20 World League circuit. 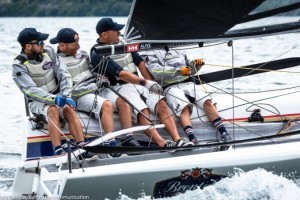 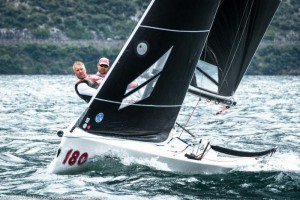 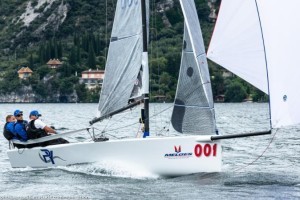 Azzurra get a win today at the Rolex TP52 World Championship