All it took was one last, wild ride on Saturday, the final day of competition at the 2018 Melges 20 World Championship hosted by Yacht Club Cagliari, to give the International Melges 20 Class Association its second-ever, double, back-to-back World Champion - Drew Freides' PACIFIC YANKEE. His magic combination team of tactician Morgan Reeser and crew Charlie Smythe came from third to finish first overall, crowning them supreme for a second year in a row.

It was a hard fight on the final day, but what was key for Freides was his ability to stay ahead of Pacinotti and Rytov. With the breeze coming from the East Southeast at 10-12 knots, the final race was filled with a string of emotions as the top three teams were separated by a very slim margin. While Pacinotti and Rytov chose the right side of the course, Freides went left. At the first weathermark things were quite heated as Freides rounded fourth behind Rytov in third, Pacinotti was deep.
Just when it seemed that Pacinotti was out the the game, his very experienced team clawed their way back into the top ten finishing the race in sixth, behind Rytov in fifth. With Freides in the winner seat, Mikhaylik had another great race filling in the second place gap, with Krzysztof Krempec's MAG TINY in third.
The 2019 World Championship happens April 4-7 in Miami, Florida, hosted by the Coconut Grove Sailing Club.
The Melges 20 World Championship is supported by Moby, Tirrenia, Helly Hansen, Garmin Marine, North Sails, Toremar, Harken, Norda, Lavazza, Rigoni di Asiago and Melges Europe.
Melges World League has signed and adopts the code of ethics of the Charta Smerarlda strongly promoting the values of One Ocean Foundation.

2018-19 MIAMI WINTER SERIES + WORLDS
One Epic Venue, Four Amazing Events. The dates are set for the next Miami Winter Series, followed up by the 2019 World Championship in April. Already teams are signing up to make this the best Winter Series/Worlds shootout ever! Online registration is now open for all four events: 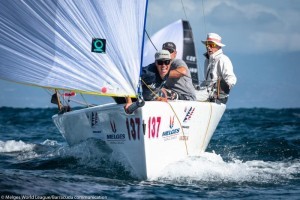 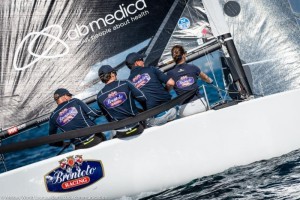 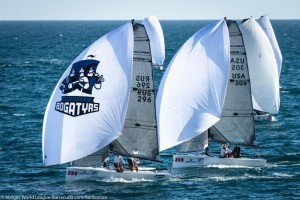