The first event of the 2018-19 Miami Winter Series, hosted by Coconut Grove Sailing Club (CGSC) is now in the books with Igor Rytov's RUSSIAN BOGATYRS earning a big win. Congrats are in full order for him and his team which includes Konstantin Besputin and Anton Sergeev.

However, the biggest congratulations of the year goes to 2018 Melges 20 World League Champion Vladimir Prosikhin's NIKA, tactician Michele Ivaldi and crew member Giorgio Tortarolo. If there is a perfect example of where consistency can pay in big dividends, Prosikhin is a shiner. As defending Miami Winter Series Champion, his second place finish this weekend helped further secure a year-long steady, but sure performance, that in turn has led to the grandest success of all in one of the most competitive one-design Class' in the world.
For Rytov, Besputin and Sergeev, 2018 has been a tremendous year. They successfully captured three event wins - Riva del Garda, the Russian Open and MWS No. 1. Their performance has rewarded them well with a second place finish overall on the 2018 Melges 20 World League Ranking (North American and European).
Six races were completed on Friday and Saturday in Miami with quite a dynamic show of competition, in particular between Rytov and World League Champion Prosikhin. Although Rytov prevailed from start to finish, Prosikhin never let up on the pressure, as proven in Races Five and Six. Racing on Sunday was abandoned due to lack of wind.
Claiming the final podium position today was Alexis Michas' MIDNIGHT SUN, the first American boat in the final results. Rob Wilber's CINGHIALE and Daniel Thielman's KUAI rounded out the top five in fourth and fifth respectively.

A huge round of thanks goes out to PRO Blake Middleton and the unwavering support of his CGSC Race Committee team for yet another incredible event.
UP NEXT - MORE MELGES 20 RACING IN MIAMI, WORLD CHAMPIONSHIP 2019

The first Miami Winter Series event of the 2019 season is just one of several planned as the International Melges 20 Class Association (IM20CA) works its way toward the 2019 World Championship, also taking place in Miami and hosted by Coconut Grove Sailing Club on April 4-7. In advance, teams have begun the official warm-up to worlds with more racing on February 8-10 at the Winter Regatta, then again at the Melges Rocks Regatta on March 15-17. 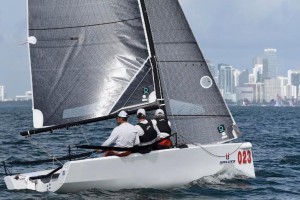 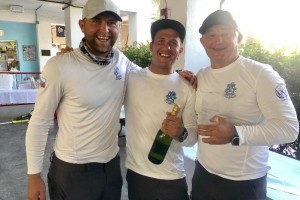 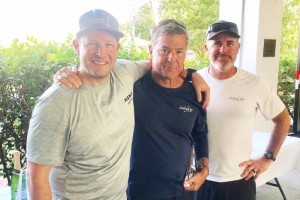 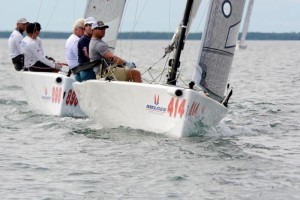 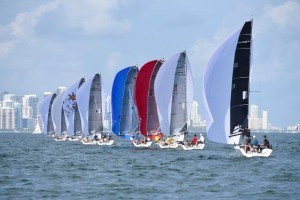