The Japanese entry of Yukihiro Ishida at the helm of SIKON with Manu Weiller as tactician ends opening day in charge of the 2018 One Ocean Melges 40 Grand Prix, hosted and organized by Yacht Club Costa Smeralda in Porto Cervo, Italy.

Ishida capitalized on a particularly positive day in Porto Cervo, submitting a 3-1-2 scoreline.

"Today was a great day of sailing and one of the most exciting so far for the Melges 40 Class, on one of the most beautiful race courses in the world," said Weiller. "The ideal conditions allowed us to 'unleash the horses' so to say, and in a fleet where we race so close, side-by-side in narrow spaces... it is all so very exciting. As for the SIKON team, we are in good shape but we will be working hard to try and defend our leadership in every way in the coming days. It will be hard fought, this is for sure."

In keeping with the Melges 40s highly competitive yet very balanced attitude, three races were completed with honors going to three varied winners.

The first race got underway in a very pleasant 12 knots of breeze, which increased to 18 in subsequent races.

The second race of the day was a demonstration of pride on Ishida's part as he dominated from the very beginning while watching a fierce battle take place between Goransson and Andrea Lacorte's VITAMINA CETILAR (Gabielle Benussi, tactician). With Ishida in the winner's circle, Lacorte beat out Goransson to take second place.

For Alessandro Rombelli aboard STIG (Francesco Bruni, tactician), Race Three brought about full and complete redemption. He finally found the right groove and was in all the right places to take the win, reminding him of his grand victory in Porto Cervo exactly one short year ago.

The Melges 40 Grand Prix circuit counts on the support of Helly Hansen, Garmin Marine, and Melges Europe.
Melges 40 Grand Prix has signed and adopts the code of ethics of the Charta Smeralda strongly promoting the values of One Ocean Foundation. During the event, YCCS will make dispensers of natural and sparkling mineralized fresh water available to regatta attendees in an effort to reduce the consumption and use of plastic packaging. 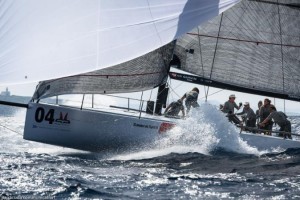 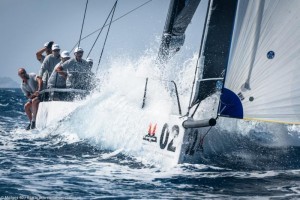 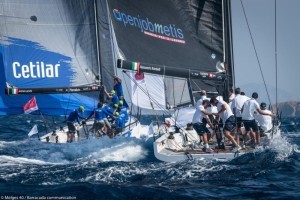 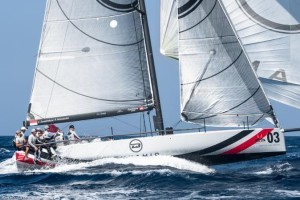