Porto Cervo has revealed Richard Goransson and his incredible INGA FROM SWEDEN team as 2018 One Ocean Melges 40 Grand Prix Champions. As proven earlier in the season with wins in Palma, Goransson and his team - tactician Cameron Appleton and crew members Giovanni Cassinari, Federico Michetti, Marco Carpinello, Christian Kamp, Nicola Pilastro, Alex Sinclair and Oliver Tizzard - they were the most capable of winning.

"We've been working pretty hard, and it's all been small things. There is great trust and a good mood on the boat," said Goransson. "The mistral was really great and so much fun. We had to fight for every inch. It was not so much speed, we just didn't make that many mistakes. As for what lies ahead in Palma, we'll take it as it comes."

"In more than 20 knots in the Melges 40, there is still so much to learn. Yesterday in the breeze was about just keeping the boat moving, and keeping ourselves in a good position, then ripping downwind," commented INGA tactician Cameron Appleton. "Yesterday was unbelievable, fun races - some of the best sailing yet in the Class."

For Goransson, victory was sweet in Race Seven. After adding another bullet to his overall scoreline, he further separated himself in the points standing to become the 2018 One Ocean Melges 40 Grand Prix Champion. A fierce battle ensued between Valentin Zavadnikov's DYNAMIQ SYNERGY (Kelvin Harrap, tactician) and Alessandro Rombelli's STIG (Francesco Bruni, tactician) for second and third. It would be Zavadnikov's best finish of the event with a second place prize, Rombelli came third.

Despite the very light and shifty breeze, a strong performance from Rombelli in Race Eight led to collecting his third bullet in Porto Cervo, followed by Andrea Lacorte's VITAMINA CETILAR (Gabrielle Benussi, tactician). Goransson held on for third.

The final race win of the day went to an over-joyed Lacorte, as it was his first win ever in the Melges 40 Class. Zavadnikov had a great race to take second, followed by Goransson.

"We finally did it!' proclaimed Lacorte. "We still need to learn so much about the boat, but it's fantastic and as a team we grow day by day. It's true that my team is a group of friends. No matter what, we easily win first prize for best cooking. We have the best chef who is part of the crew. We have a lot of fun."

For Goransson, a sure and steady 1-3-3 on Sunday was all that was needed to capture the 2018 One Ocean Melges 40 Grand Prix trophy. Rombelli did well to place second overall, while Japan's Yukihiro Ishida at the helm of SIKON (Manu Weiller, tactician) struggled on Sunday with a string of 4's, finishing him up in third overall.

The Melges 40 Grand Prix circuit counts on the support of Helly Hansen, Garmin Marine, and Melges Europe.
Melges 40 Grand Prix has signed and adopts the code of ethics of the Charta Smeralda strongly promoting the values of One Ocean Foundation. During the event, YCCS will make dispensers of natural and sparkling mineralized fresh water available to regatta attendees in an effort to reduce the consumption and use of plastic packaging. 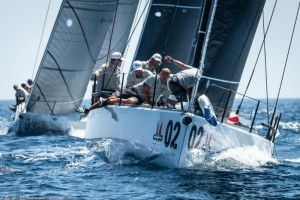 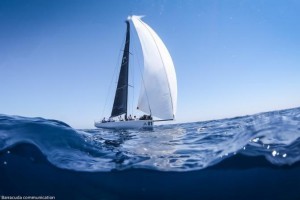 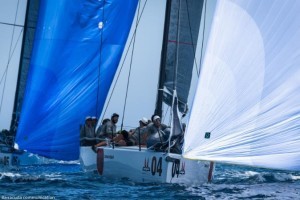 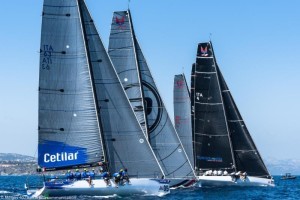 ClubSwan 50S contribute to competition in the Nord Stream Race