Oman Air took a solid second place in a large fleet of the GC32 foiling catamarans, learning valuable lessons they can now take forward to the latest stop on the global tour in Barcelona.

Following a third place at the opening Extreme Sailing Series event in Muscat back in March, and the second in Italy, the team will now be aiming to top the Barcelona leaderboard with a repeat of their victory at the Catalan venue last year.

Oman Air is currently level on points with arch rival Alinghi in the season overall, both just two points behind leaders SAP Extreme Sailing Team in a joint second place.

“We learnt so much as a team in the wind conditions in Garda and have got a lot better in breeze and foiling conditions,” said Oman Air’s veteran mainsail trimmer Pete Greenhalgh.

Greenhalgh, along with skipper Phil Robertson and crewmates James Wierzbowski, Stewart Dodson and Nasser Al Mashari, recognise that the fleet has become increasingly competitive in 2018 – not least with the Extreme series return of Leigh McMillan aboard INEOS Rebels UK.

McMillan – who completed an Extreme series hat-trick in 2015 as skipper of The Wave, Muscat – has helmed INEOS to fourth place in the season table, close on the heels of the leading trio.

“It is turning into a four-way fight this season, and there will be a lot of changing around at the top of the table,” said Greenhalgh. “Leigh is certainly going to be in the mix.”

Meanwhile, the Oman Air team will be focused on reprising their Barcelona performance of 2017, a result that took them into a mid-season lead in the Extreme Sailing Series.

“We are looking forward to Barcelona as last year we went there and we won – the same result would be great to get,” said Oman Air bowman Al Mashari.

“It will be very different to Lake Garda as we will be sailing in open water with bigger waves, but we have the confidence to go out and do the very best that we can.”

The Barcelona Act takes place from 14-17 June, with the fleet racing close to the shore in front of the famous W Hotel in the Barceloneta district.

With the tempo of the season now quickening, further regattas will follow in rapid succession in Cascais, Portugal, in early July, and then Cardiff, UK, in August. The season concludes in San Diego, California, and Los Cabos, Mexico, in October and November. 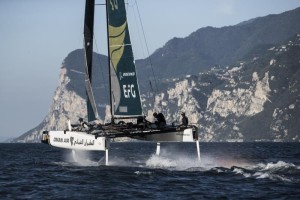 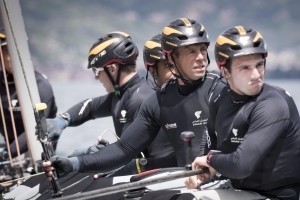 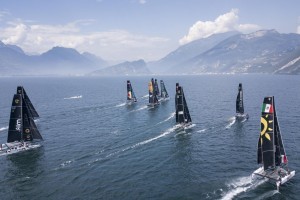 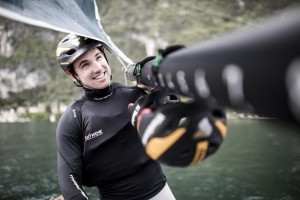 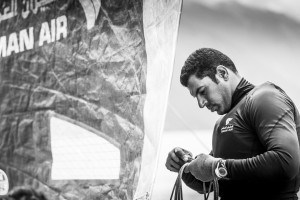 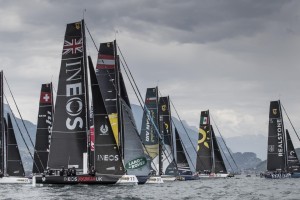 The New Arcadia A105 at upcoming Cannes Yachting Festival 2018