The #SailingArabia powered by Oman Sail team took fourth place overall in the 26-strong fleet of trimarans, bettering their fifth places in the previous two editions of the classic event.

While disappointed not to have reached their pre-Tour target of a podium finish, the squad of skipper Thierry Douillard, Abdulrahman Al Mashari, Ali Al Balushi, helmsman Stevie Morrison and French match race ace Mathieu Richard, were able to finish the 17-day, seven venue marathon on a high note.

“We have seen the team’s true potential and our ability to win, it has been a very different feeling to the previous years in that we could have done it, though it has been a bit of a roller coaster,” said Morrison following the concluding Super-Final event in Nice.

“The main positive is that in the last two years we were fifth thanks to a stubborn consistency without great results, whereas this year we had a few that just didn’t go our way, like leading coastal races that turned into a 12th and worse when the wind disappeared. But we have had really good races and been on the podium five times, including a win,” he added.

#SailingArabia powered by Oman Sail went into the final phase of the Tour Voile – six days of back-to-back racing at three Mediterranean venues – having overcome adversity. One of the squad’s bowmen Al Balushi suffered a hand injury during a coastal race which ended his sailing participation, and fluky wind conditions saw them finish 25th in the only stadium race sailed in Baden, by far their worst result of the Tour.

Recalling the squad’s resilience and recovery Morrison said: “When we got to the Med we had a windy coastal race, one of the few we have seen, and got a third, then there was a tricky stadium racing day in Gruissan where we really hit our form and got a win, which was huge for the team.”

Further fluky conditions followed in Hyeres with a mid-fleet finish in the coastal race and a hard-fought sixth place on the stadium racing day.

“In Nice we did a really good job of hitting the reset button and we had two great days, with a second on the first, and finished with a fifth in the Super-Final,” said Morrison.

“We feel really happy to have finished on a positive upward swing, with maybe some thoughts of what might have been. For sure there is more there, but we will just have to wait for next year for that.”

The 2018 Tour Voile was won by the French team Lorina Limonade Golfe du Morbihan from Beijaflore, the winners of EFG Sailing Arabia – The Tour in January, and Team Reseau Ixio 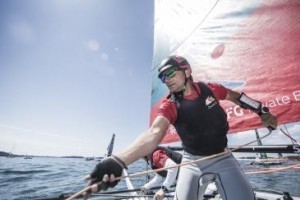 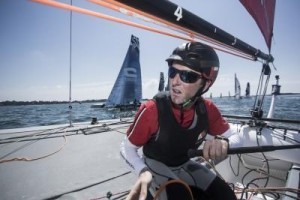 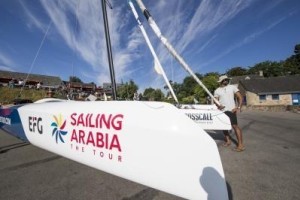 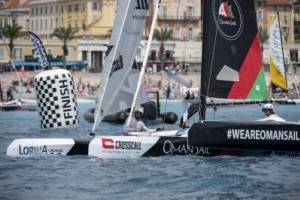 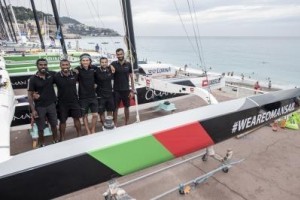 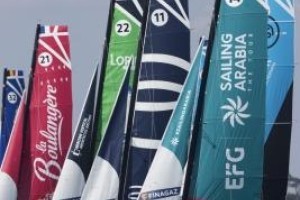