Following an opening day which only produced a single podium finish, Oman Air flew off the start line to nail two first and two second places in the opening four races, shaking up the overnight leaderboard.

With sunshine replacing rain across the Cardiff Bay stadium race course, three other third places made it a brighter day all round and confirmed the team’s rejuvenation.

“We were getting our starts just right early on and that has put us right back in the mix,” said Pete Greenhalgh, Oman Air’s mainsail trimmer.

“Some of it was just good boat handling and sailing well, and we were getting race wins off the back of that and smart tactics,” he added.

At the half-way point in the four-day regatta, SAP Extreme Sailing Team have retained their lead with 166 points, though by a dramatically reduced margin. Alinghi – the in-form team of the day with four race victories – are now second with 162 points.

INEOS Rebels UK have slipped a place to third on 158 points, with Oman Air poised close behind with 154 and with all to play for.

“We are happy so far and the game is on,” said Al Mashari. “We had a great debrief yesterday and we discussed what had gone on during the first day, and we learned from that. Oman Air is a strong team so we can push and push, and aim to win.”

Strong winds are forecast across Cardiff on Sunday with more rain, and racing is scheduled to continue until Monday 27 August. 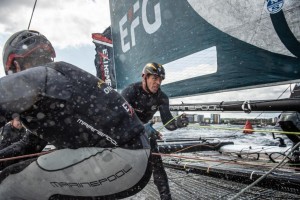 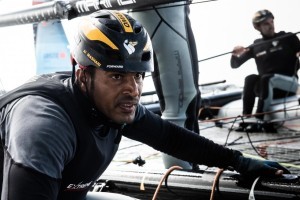 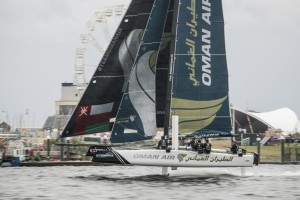 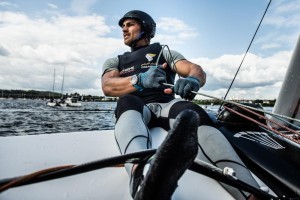 Azzurra is second at the Puerto Portals 52 Super Series