With a light and ultimately decreasing breeze only three races were possible at the Los Cabos venue, but the Oman Air crew picked their way around a tricky race course to post a second and two thirds to finish the first of four days of racing in second place.

“With the light wind it was a tricky day out there and not everything went the way we wanted it to go,” said Oman Air’s Pete Greenhalgh.

“But despite that, the results did not turn out too badly for us and we are happy and positive to be in second place. There are two more days of light wind forecast and then better breeze on the last, so it is all still to play for.”

The day belonged to the Austrian crew on Red Bull Sailing Team who took three straight wins. Oman Air finished level on points with the Swiss Alinghi team, edging in front on results, and clear ahead of INEOS Rebels UK and the Danish-flagged SAP Extreme Sailing Team.

If they could finish ahead of SAP they would move up from third overall to end the 2018 season in second place. And if they could put two boats between themselves and the season-leading Alinghi team then the title itself would be won.

So, with SAP down in fifth place and Alinghi third, it was a case of one objective down, and one to go.

“We knew we had to beat SAP here in Mexico to finish any higher this season, and so far so good,” said Oman Air’s bowman Al Mashari. “But our win in San Diego gave us a lot of confidence and determination, so we will do the very best we can to get ahead of Alinghi as well.” 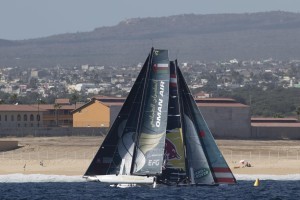 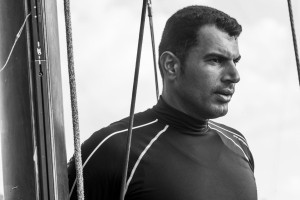 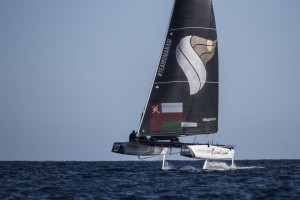 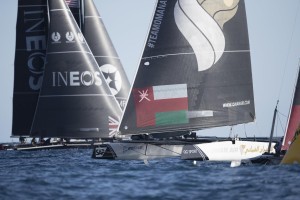 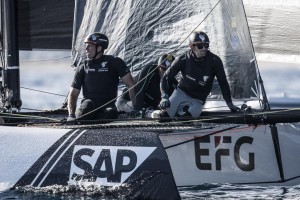 Hat-trick for Hagara and Steinacher at Los Cabos opener