With the start of the 2022 Rolex Middle Sea Race just three weeks away, another fascinating contest beckons. The entry list currently stands at 120 yachts representing 25 countries. While Covid is no longer so much in the headlines, there are plenty of other uncertainties in the world but, yet again, the 606 nautical mile classic is proving its global appeal. Starting from Grand Harbour, Valletta on Saturday 22 October to the crash of cannon fire from the Saluting Battery high above the water, the stage looks set for another cracking race.

The range and breadth of the fleet has been well-rehearsed in previous releases. Here are just a few of the facts: 112 monohulls, eight multihulls (including five 21 metre racing trimarans), largest yacht: Leopard 3 at 30.48m, smallest yacht: Cuorematto at 9.5m, most entries from Italy with 27 followed by France with 19, furthest travelled entries: High Five from New Zealand and Maverick from Australia; and 11 double handed entries including two-time Olympic medallist Jonathan McKee on Red Ruby from the USA.

"This is the first Rolex Middle Sea Race for my crew and me. We are super excited about it," enthused Malesci. "This is also our first race on a MOD70. I sailed competitively on dinghies growing up, then on bigger boats in a few offshore races while I was studying in the US where my master's thesis at MIT was on the seakeeping capabilities of trimarans! I got back into sailing once I graduated, mostly on F18 catamarans."

"I have always wanted to race on a MOD70, and the Rolex Middle Sea Race seemed the perfect setting to do it," continues Malesci. "I recently sold my tech company and to celebrate I have managed to convince the other three founders of the business to join me. Since we all met through sailing, when we were younger and then started a business together, I couldn't think of a better way."

Malesci is realistic about their chances given the experienced opposition he faces: "Being our first race on a MOD70, we will mostly focus on safety, understanding the boat, and enjoying the experience. That said, we are all fairly competitive in nature, so if the opportunity arises, we may push it a bit!"

As one would expect, the monohull fleet is a true mix of professional and Corinthian crews, cruiser/racers and all out fliers, those with the ambition to win the Rolex Middle Sea Race trophy on IRC Time Correction and those just participating for the challenge. Marton Josza's Reichel/Pugh designed 18.28m Wild Joe, is one of the more experienced crews. "The Wild Joe Sailing Team is competing in the race for the eleventh time," according to Josza. "The same Hungarian crew has also completed the distance twice in a different, smaller boat, so this is the 14th Rolex Middle Sea Race we are starting with this crew." 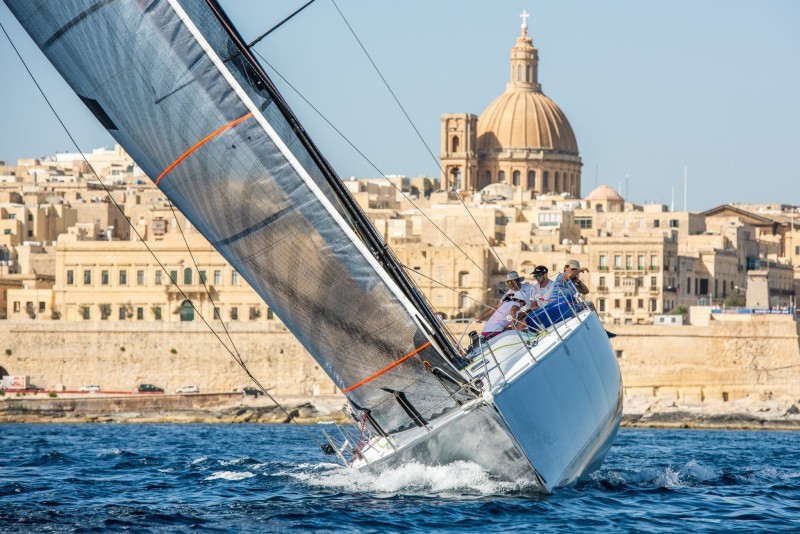 Josza takes the race very seriously and over the years has worked on improving the boat and the skills of the crew. "We come to win every year, just like everyone else," smiles Josza. "We are very proud to be able to represent Hungary. We race on the beautiful Lake Balaton, where we train some very talented sailors. We really like this course. The various weather conditions always bring a significant challenge. There is no single characteristic, nature always plays tricks on us, but we enjoy fighting against the elements."

The popularity of the race is easily explained according to Josza. The course itself is one part of the equation and the enthusiasm of the crews, like his, is another. "The Rolex Middle Sea Race is one of the most difficult offshore races. Going around Sicily is a great adventure in itself," he says. "It is a multi-day competition, which requires full concentration and hard sailing, or enormous patience. The race is a popular and well-known competition in sailing circles, but it is also a spectacular event for non-sailors, and we like to spread the word to a much larger audience."

All through the fleet there are stories like Josza's. Crews that have done the race on multiple occasions, regularly drawn back by the compelling prospect of the race itself, gilded by the possibility of glory and passing into legend.

At the smaller end of the fleet, Bohemia Praha Vachelboat from Croatia could be a dark horse to follow. The Rolex Middle Sea Race has never been won overall under IRC Time Correction by a double hander. The closest result in recent years was Azuree in 2014, which eventually finished fourth, winning IRC 5 in the process.

Bohemia Praha is a JPK 10.30 from Croatia. Its crew is made up of Ondřej Vachel and Pavel Roubal. JPK yachts have frequently done well in the race since first appearing in 2016, when Noel Racine and Foggy Dew, a JPK 10.10, finished fourth overall. JPK designs won overall in 2017 and 2018. Last year there were four in the top ten.

Add to that set of stats the fact that the last time Vachel and Roubal participated they did rather well. "This is only our second Rolex Middle Sea Race," advises Vachel. "But in 2018, we came second overall under IRC (just behind the renowned Courrier Recommandé of Géry Trentesaux). We also won the ORC division."

The pair are really looking forward to participating again. "It is an amazing racetrack, and the Royal Malta Yacht Club are great too," says Vachel. "One thing we are definitely looking forward to is the start in such a beautiful place."
Local Heroes
Maltese interest is considerable and understandable. A proud sea-faring nation, crews from the island have won the race on nine occasions. The most recent wins being back-to-back in 2019 and 2020 with Elusive 2, which has entered again this year. Some 12 Malta-flagged entries are competing in 2022. While local bragging rights are important, whether being the first Maltese crew home or highest ranked on handicap, winning the Rolex Middle Sea Race trophy is never far from the mind.

The smallest yacht to have won the race in the last 20 years is the 10.75m Market Wizard from Malta in 2002. One of the smallest entries this year is the 9.94m J/99 Calypso, skippered by Sebastian Ripard, whose first race was with Market Wizard. Ripard, now on his 16th race, is clear what he enjoys: "I guess the main thing is to switch my phone off for a few days and get totally consumed both by the racing and the competition, as well as the adventure of being out at sea for a few days in an array of conditions ranging from hot and breathless to wild and stormy."

New to the race is the Corona Sailing Team, entered on Luis Azzopardi and Sara Baldwin's Botin & Carkeek 46, Xone Superyacht Corona. "The Rolex Middle Sea Race is every sailor's dream," said Baldwin. "It is known to be one of the most challenging yet rewarding races in the Mediterranean Sea." The Corona crew includes a mix of experience in offshore racing, and Baldwin is looking forward to taking part: "Determination, dedication, and willpower are the driving forces of our team. We aim at doing well, keeping in mind the safety of everyone onboard and the boat itself."
The 43rd edition of the Rolex Middle Sea Race will start on Saturday, 22 October 2022. It will be streamed live on both Facebook and YouTube, and broadcast on TVM (Malta), from 10.30 CEST.