Rough weather predicted for Sevenstar Round Britain and Ireland Race

Twenty eight teams with crew from 18 different countries have started the 2018 Sevenstar Round Britain and Ireland Race, organised by the Royal Ocean Racing Club. The cannon fire from the Royal Yacht Squadron Line signalled the start of one of the world's toughest yacht races. For the start at midday on Sunday 12th August, a cold front from the Atlantic provided pewter skies and a gusting southerly wind, accompanied by rain. Several low pressure systems are forecast to give rough weather during the 1,805 nautical mile marathon.

"It really is fantastic to see so many competitive boats on the starting line for such a tough race," commented Wouter Verbaak from Sevenstar Yacht Transport. "Looking at the weather ahead with gale force winds forecast for the top of Scotland, good seamanship will be a big part of this race. Sevenstar is proud to sponsor this race and I would like to highlight that as part of our ethos for keeping plastics out of the oceans, there are no bow stickers for this race, instead the competitors have agreed to fly a Sevenstar flag."

After leaving the Solent, the yachts raced close to the south side of the Isle of Wight to avoid the worst of the foul tide. For the first night, the wind is expected to strengthen and shift southwest; the 140 sailors in the fleet will be bracing themselves for a hard beat in the English Channel towards The Lizard.

Eleven Class40s are taking part, with the winner likely to take line honours for the race in approximately eight days. British skipper Phil Sharp, racing Imerys Clean Energy got away to a great start, unfurling a Code Zero and reaching off into the Eastern Solent to lead the fleet. Class40s in the chasing pack include; Peter Harding's Phor-ty, skippered by Sam Goodchild. Nicolas Troussel's Corum, Guillaume le Brec's Oman Sail, and Charles-Louis Mourruau's Colombre XL/The Lost Boys. After a good start, Miranda Merron and Halvard Mabire's Campagne de France reported a problem with their main halyard and headed in to repair the problem. They intend to continue the race.

Of the fully crewed yachts racing under IRC, Ross Applebey's British Oyster 48 Scarlet Oyster got the best start. Once the fleet had left the Solent, Giles Redpath's Lombard 46 Pata Negra led the charge on the water, just ahead of Mark Emerson's A13 Phosphorus II. In IRC Two-handed, Conor Fogerty's Irish Bam! and Ian Hoddle's British Game On were locked in a duel that is likely to last for the entire race. The two Sun Fast 3600s have pulled away from the rest of the IRC Two Handed teams. 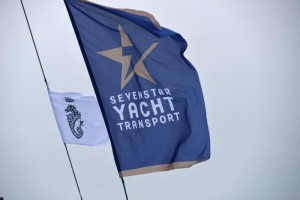 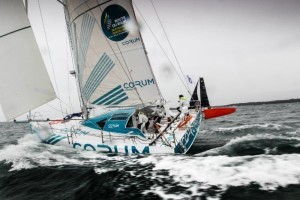 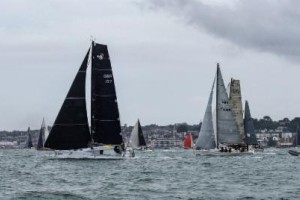 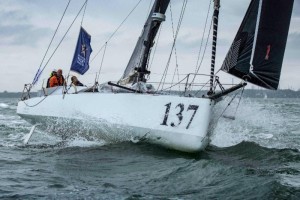 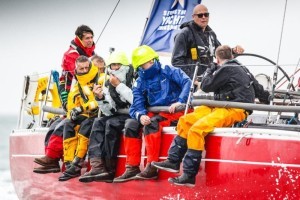 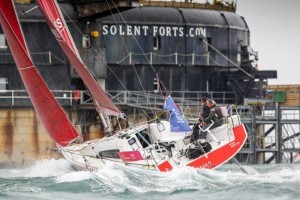 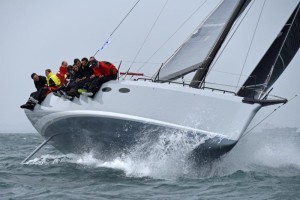 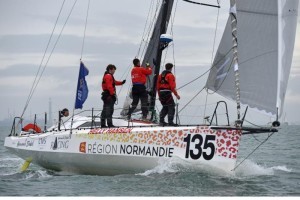 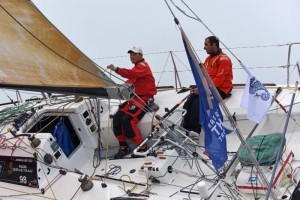 2018 Star Class European Championship, Diaz and Prada are the Winners