Quentin Delapierre marked his first anniversary as France driver by winning his first ever SailGP event on the Bay of Cádiz, with a narrow three second lead over the Americans.

Neck and neck racing with Jimmy Spithill’s United States throughout culminated in a tense last-minute battle between the two crews, and France crossing the finish line with just three seconds to spare.

Tom Slingsby’s Australia meanwhile came over the line in third after aggressive match racing tactics from the U.S. early on pushed the Aussies to the back of the pack.

In one of the closest races in the history of SailGP, France converted a brilliant start under pressure into pole position at mark one. 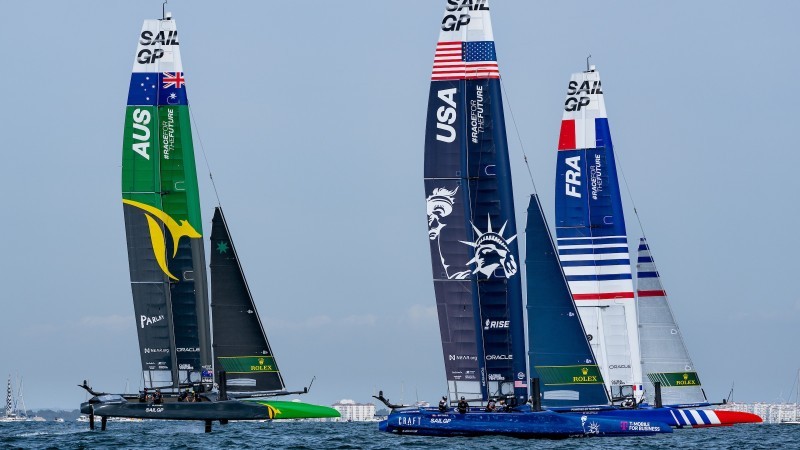 However, consistent boat speed and smooth manoeuvres from the U.S. saw Jimmy Spithill’s crew breathing down France’s neck throughout, leading to a brief overtake and the pair jostling for first place with just meters to the finish line.

Light winds and choppy waters saw the three final teams slim down to a four-crew configuration ahead of the Final, with Slingsby, Spithill and Delapierre multitasking tactics, steering and flight control.

Speaking from the water, Delapierre said ‘huge improvements’ in the team led to the event win.

“Winning this sail grand prix on the four-crew configuration was a huge step for the team - there was tight battle with the Americans and it was a challenge to keep our strategy clean.”

It followed a weekend of tense, tight-pack racing, with crews struggling to cope with a turbulent sea state and gusty conditions. However, France remained consistent throughout, picking up a 2-4-3-5-3 racing record and sweeping into the Final despite not winning a Fleet race.

The refreshed Championship standings see Australia extend their lead to 50 points, New Zealand in second with 46 and France entering the top three teams with 41.